Tag Archive for: Mountains of Hope 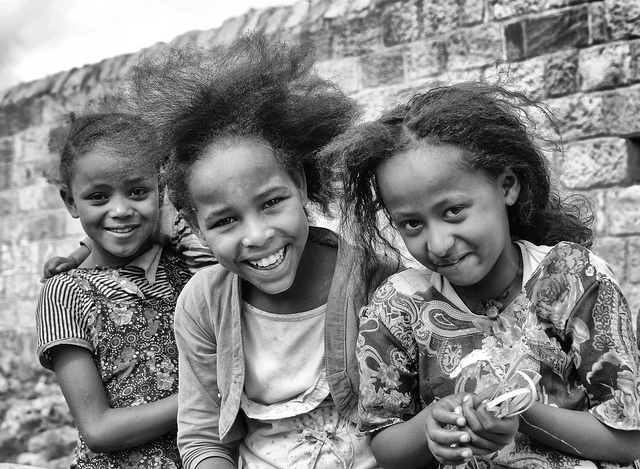 It is estimated that one in 10 girls in African countries miss school monthly due to a lack of supplies and education related to menstruation. The negative connotations of “becoming a woman” and the mystery surrounding these changes can not only create girls’ unhealthy perceptions of themselves and their bodies but can affect more concrete aspects of their lives, including their education.

Effects of Lack of Education on Menstruation

Many girls will skip school to avoid the potential embarrassment and shame associated with having one’s period show. Due to its monthly recurrence, many young women are unable to catch up on the material they have missed and will eventually drop out of school altogether.

In Uganda, 70 percent of girls leave school between the ages of 13 and 18. Low enrollment for both genders is common due to a variety of circumstances in many African countries.

However, with menstruation typically beginning around 13 years old and girls’ limited access to sexual health education and supplies, dropout rates increase for young women at a rate 10 percent higher than boys of the same age. Access to reproductive health education and cost effective menstruation supplies such as reusable sanitary pads can be powerful tools in keeping young women in school.

Disposable menstruation supplies are often too expensive for families to afford, forcing many young women to use unsanitary alternatives such as old clothes or to go without sanitary pads altogether. Reusable sanitary pads are a cheap, effective and empowering tool for young African women.

NGOs such as Girls2Women and Mums for Mums have assisted in teaching girls how to sew their own reusable sanitary pads for less than $1 from basic patterns and locally sourced materials that attach easily to undergarments with velcro. The Peace Corp has also been an important player in educating and empowering young women through Girls Leading Our World, or GLOW, camps.

Started in Romania in 1995, GLOW camps have since opened in over 60 countries around the world. Each camp is focused on empowering young women and combating local issues such as malaria and HIV/AIDS prevention, reproductive health, stress tolerance and healthy living through education and training.

In African countries with GLOW camps, learning to make reusable sanitary pads often features in the education of the young women. In countries such as Tanzania and Uganda, the creation of reusable sanitary pads begun by GLOW camp educations has been picked up by local charities and community organizations, helping normalize menstruation for girls and boys in the community alike and ultimately keep more young women in school.

By making the reusable sanitary pads themselves, girls are able to move forward in their lives with more knowledge and confidence in themselves and their bodies, and menstruation becomes less of an unknown force to be feared. The inclusion of parents, teachers and boys is also valuable to the program’s effectiveness and longevity as well as the confidence and empowerment of the young women.

In Uganda, the charity Mountains of Hope offers educational programs on reproductive health and teen pregnancy and training in making reusable sanitary pads. These include men and boys so as to better educate and support young women of the community.

With this vital education and training in making reusable sanitary pads, as well as other aspects of reproductive health, girls in many African countries are better able to pursue their education without compromising their wellbeing. Organizations such as the Peace Corp, Girls2Women and Mountains of Hope have created opportunities for communities to feel empowered and create change with their young women, giving them the chance to achieve the education all children deserve.