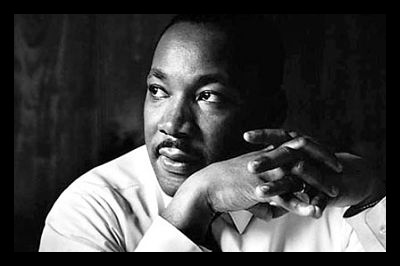 As an influential leader and a revolutionary of the Civil Rights movement, the various wise words of Martin Luther King Jr. still ring among us today. His actions were an aiding pendulum that help set in motion the equal rights of all races.

50 years following his “I Have a Dream” speech, the words still resonate a powerful meaning amongst society, and the effects of his speech are felt even to this day.

Comprised below is a list of Martin Luther King Jr.’s famous quotes:

2. “Forgiveness is not an occasional act. It is a permanent attitude.”

3. “An individual has not started living until he can rise above the narrow confines of his individualistic concerns to the broader concerns of all humanity.”

5. “In the End, we will remember not the words of our enemies, but the silence of our friends.”

6. “Rarely do we find men who willingly engage in hard, solid thinking. There is an almost universal quest for easy answers and half-baked solutions. Nothing pains some people more than having to think.”

7. “Life’s most persistent and urgent question is, ‘What are you doing for others?’”

8. “He who passively accepts evil is as much involved in it as he who helps to perpetrate it. He who accepts evil without protesting against it is really cooperating with it.”

9. “We who engage in nonviolent direct action are not the creators of tension. We merely being to the surface the hidden tension that is already alive.”

10. “Whatever your life’s work is, do it well. A man should do his job so well that the living, the dead, and the unborn could do it no better.”

11. “Never succumb to the temptation of bitterness.”

12. “Our lives begin to end the day we become silent about things that matter.”

14. “Love is the only force capable of transforming an enemy into a friend.”

16. “We must accept finite disappointment, but never lose infinite hope.”

17. “Whatever affects one directly, affects all indirectly. I can never be what I ought to be until you are what you ought to be. This is the interrelated structure of reality.”

18. “We must concentrate not merely on the negative expulsion of war but the positive affirmation of peace.”

19. “The art of acceptance is the art of making someone who has just done you a small favor wish that he might have done you a greater one.”

20. “Nothing in the world is more dangerous than sincere ignorance and conscientious stupidity.”