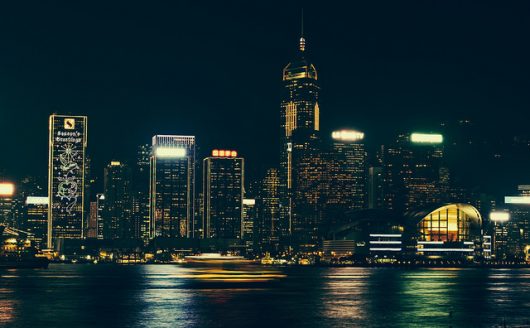 Similar to the British system, education in Hong Kong consists of a 9-year compulsory education for students aged six to 15. Before enrolling in university, most students complete 12 years of study at public or government-aided schools, which are generally free to attend. However, there also exists a private international school system that is in high demand in Hong Kong: the schools are highly competitive to enroll in and boast very high tuition and schooling fees.

The education system in Hong Kong ranks high, though there are a few evident problems. Experts claim that quite a few schools overly stress “reciting” material, which requires students to memorize information verbatim. Further, the “spoon-fed” teaching style does not allow for lively student debates or the promotion of critical thinking. There is a worry that the mechanical reciting and negative acceptance of learning materials will restrain potential creativity and imagination among students. Other major problems of the current education system include low enrolment rates in local universities as well as social and psychological problems among students due to high stress.

The system of education in Hong Kong makes it quite difficult for local students in Hong Kong to connect with Chinese culture and mainland China. In addition, many teachers in Hong Kong are greatly influenced by Western education; thus, they are more likely to recognize the issues of freedom, democracy and human rights as opposed to strengthening their identities with the mainland region. At the moment, both primary and secondary schools in Hong Kong are encouraged by the central government of China to set up curriculums that include Chinese teaching and bilingual learning.

As mentioned earlier, pressures of higher education in Hong Kong have led to increased stress among students. This is fuelled by a prevailing ideology among the Hong Kong society that nothing is achieved without attending university. More than 80,000 high school graduates compete for one of the 15,000 government-subsidized first-year university spots each year.

Greater efforts must be made to address the stress faced by students within the system of education in Hong Kong. At the moment, the Hong Kong Children and Youth Services helps those who have a tendency of violence. Its staff provides services in addition to speaking gently, listening to the youth and helping them process their thoughts with patience and empathy. The Hong Kong Youth and Children Education Center opened in 2013, offering self-sponsored services and free testing for kids of families in need. It facilitates would be capable of helping them recollect self-esteem, increase resilience and coping skills.

Education in Hong Kong is moving towards an advanced global education system while also placing efforts on fusing the cultures between mainland China and itself. Reasonable solutions and measures depend not only on efforts by the government, schools and society, but also relies on the interactions between teachers, students and their families.