Tag Archive for: Mother of Humanity 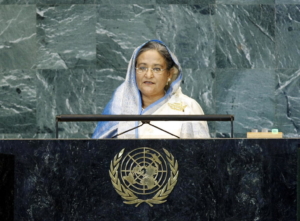 In the end, these five facts about Prime Minister Sheikh Hasina exemplify the efforts of a leader that wants the best for the people of her country and works hard to give them ample security in her leadership. Bangladesh has made tremendous strides as a country with Prime Minister Sheikh Hasina’s support. Although Hasina’s upcoming fourth term may be her last, she has forever changed the face of Bangladesh.