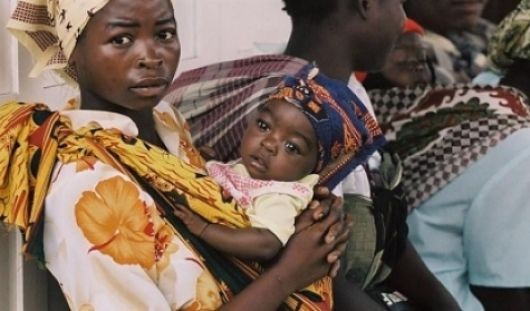 Earlier this year, the World Health Organization (WHO) published a report containing new data about maternal mortality. It revealed that maternal mortality has dramatically decreased by 45 percent since 1990. Many organizations have made decreasing maternal deaths an international priority.

Improving maternal health is the United Nation’s fifth Millennium Development Goal (MDG), one of eight goals related to decreasing global poverty set forth by the international community in 2000. The fifth goal is lofty, intending to reduce the maternal mortality rate (MMR) by 75 percent before 2015.

Nineteen countries, including Nepal, Rwanda and Cambodia, have already achieved over a 75 percent decrease in their MMR. However, over 100 other countries analyzed in the report have much more progress to make before next year’s target date. Unfortunately, it is unlikely that each country will meet this goal.

Still, enormous strides have been made in the maternal health arena on a global scale in the last two decades that deserve to be celebrated. It is estimated that 234,000 fewer women died from pregnancy complications and childbirth in 2013 than in 1990. This number represents a real change that has affected the lives of people across the globe.

The number of maternal deaths isn’t the only thing that is changing. Another recent WHO study shows that the causes behind maternal deaths have evolved over the last 20 years. Data about the actual causes of death during pregnancy and childbirth, though difficult to collect in some areas, is essential if further progress toward decreasing MMR is to be made.

The WHO’s study found that pre-existing medical conditions such as diabetes and obesity, worsened by pregnancy, were the cause of 28 percent of maternal deaths, followed by severe bleeding during childbirth, pregnancy-induced high blood pressure and infections.

Dr. Marleen Temmermen, a co-author of the study, notes, “The new data show a changing profile in the conditions that cause maternal deaths; reflecting the increasing burden of noncommunicable diseases in women throughout the world. Ending preventable maternal deaths will require both continued efforts to reduce complications directly related to pregnancy, and more of a focus on noncommunicable diseases and their effect in pregnancy.”

The new findings about the ways in which maternal health has evolved since 1990 have produced two noteworthy conclusions. The first outcome is the insight that countries all around the world have made much more progress than many ever expected in decreasing the number of maternal deaths. The second is the realization that maternal mortality must be tackled differently as the world of maternal health has changed significantly since the inception of the MDGs in 2000. The causes of maternal deaths have changed, and so must the strategy used to battle them.

Although this progress merits celebration, there is still much to be done to improve maternal health for women everywhere. Fortunately, the new data emerging from the WHO can be used to form more effective strategies in the fight against maternal mortality and global poverty.

Sources: The Guardian, The Lancet, WHO
Photo: Gallery Hip