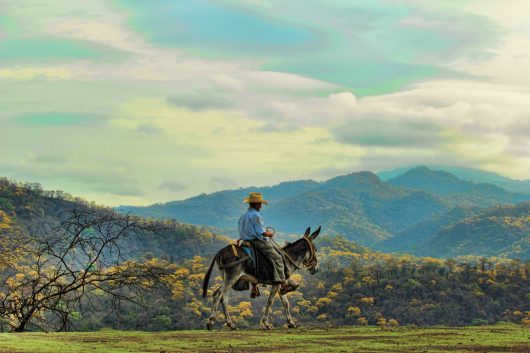 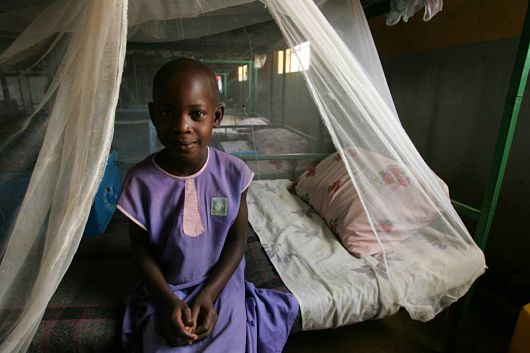 According to the World Health Organization (WHO), approximately 3 billion people across the globe are at risk for contracting malaria. One-third of this group is considered to be at high risk and 90 percent of malaria deaths occur in Africa.

NetsforLife is working to reduce the number of malaria deaths in Africa. Since its inception in 2005, this partnership of corporations, foundations, NGOs and faith-based organizations has distributed nearly 22 million mosquito nets in 17 malaria-endemic countries of sub-Saharan Africa.

However, the organization’s efforts to eradicate malaria extend beyond net distribution. According to its website, NetsforLife also ensures that communities receive adequate training on the value of these nets as well as “the right way to use and maintain them.”

Too often, mosquito nets have been used for fishing or as bridal veils instead of the vital purpose for which they were created.

In addition to educating communities on the proper use of nets, the organization also specifically targets remote areas that typically do not receive care from national healthcare systems.

NetsforLife calls on the help of local leaders and community volunteers or “malaria agents” to provide the necessary education and support to civilians.

According to the WHO, prevention is an important aspect of combatting malaria. The malaria parasite, Plasmodium, multiplies quickly, allowing it to build up resistance to malaria medicines. Mosquito nets and more specifically, insecticide-treated nets (ITNs), play a crucial role in prevention efforts.

While significant headway has already been made with the number of malaria cases declining to 214 million in 2015 from 262 million in 2000, there is still much work left to be done to eradicate the disease. To that end, the WHO launched “The Global Technical Strategy for Malaria, 2016 – 2030” which aims to reduce malaria incidence and mortality by 90 percent.

With over 100,000 volunteers, NetsforLife continues to do its part to help achieve these goals. So far, the organization has reached 41.7 million individuals and counting. 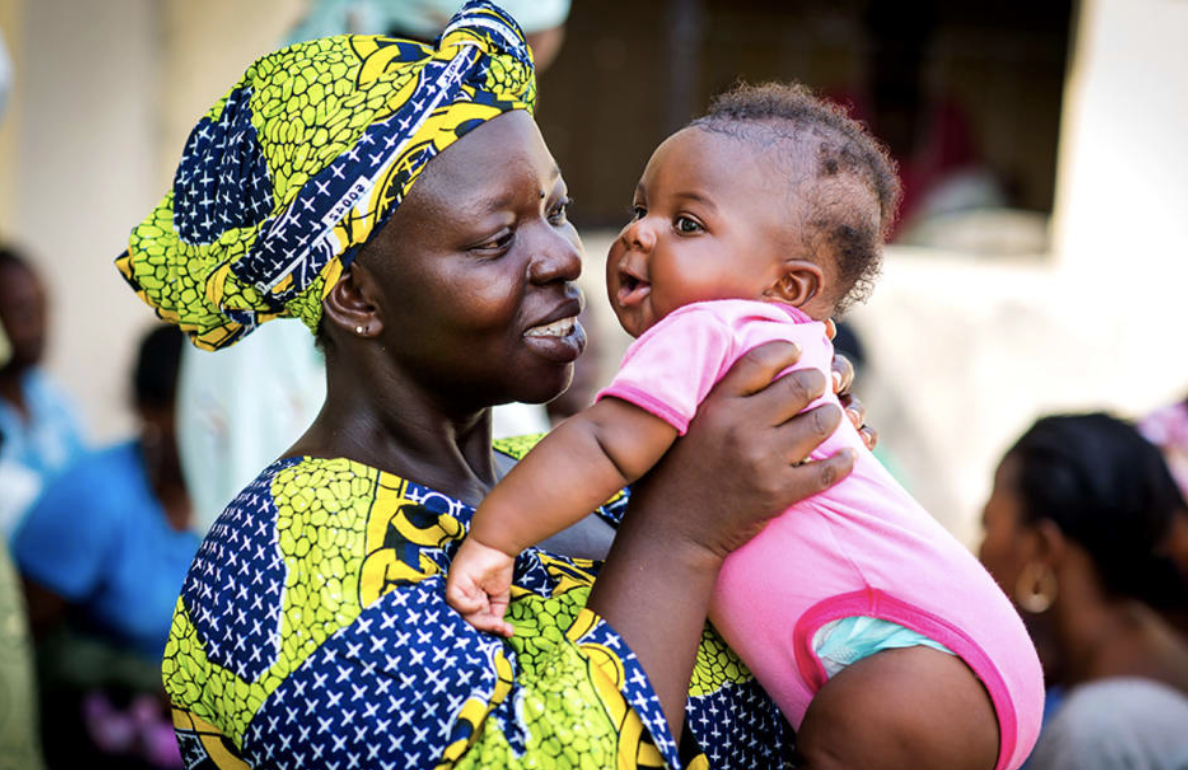 Malaria is spread through mosquitoes that carry the disease. In the United States, the swamps and marshes that housed malaria-carrying mosquitoes were destroyed to eradicate the disease, a trick that worked well. However, this is not a tactic that will work worldwide, especially in hot and humid places where the majority of the landscape is marshland.

In places like these, a promising solution has been created: long-lasting, insecticide-treated nets (LLINs). An insecticide-treated net is a bed net that has been treated with safe, residual insecticide to kill and repel the infected mosquitoes while also physically blocking them out. LLINs are designed to remain effective for multiple years without needing to retreat.

Malaria kills about 660,000 people a year, most being children. LLINs are cost-effective in production and distribution and are considered to be one of the most cost-effective ways to save lives. The process of distribution is simple and thorough: survey the people to determine the need for the nets, deliver the LLINs, and then promote their use.

In the 2012 World Malaria Report that looked at 17 sub-Saharan African countries determined that 68-84 percent of people that owned the nets were using them, an increase since 2010. Along with this increase came fewer malaria-related deaths; however, the exact figures collected were fairly unreliable.

However, with a long-term solution at hand, scientists can focus on eradicating the disease entirely. In the Southern U.S. and Europe, where malaria has been eradicated, a big factor in defeating the disease was a change in human behavior, a shift in land use, and in housing. Scientists believe that more research is needed to understand the factors affecting transmission before the disease will be fully eradicated.

There is a long way to go before malaria is gone for good, but the long-lasting, insecticide-treated nets have proven to be successful in the lives of individuals. They are cost-effective and well-used. Eradication of malaria is within the foreseeable future.

It is not uncommon for people to spend a lot of money on their appearance: make-up, monthly haircuts, manicures and pedicures, and sometimes extremes such as cosmetic surgery. Feeling well groomed in a world where appearance is frequently judged gives us a boost of confidence.

The most recent trend is teeth whitening, which comes in many forms. Celebrities constantly flaunt their pearly whites and it is no surprise that people are willing to spend extra money on products that promise them flawless, blinding white teeth. But is the cost really worth it when the same money could be better spent on causes that make a global difference?

The popular cosmetic service varies from whitening strips to whitening toothpastes to receiving professional bleaching at a dentist’s office.

Here is a cost comparison looking at how money spent on whitening products could provide mosquito nets for children fighting against the risk of malaria.

Crest Whitestrips, one of the most popular brands, range in price from $21 to $65 depending on the number of strips and the length of time one is supposed to wear the strips for. The most common version is the $30 pack, which can last people at least two months. After a year an individual can spend about $180 on whitening strips. The product claims it can whiten teeth just as effectively as a dentist’s professional whitening.

Lately most brands that carry average toothpaste and mouthwash also carry versions of those toothpastes and mouthwashes in whitening versions, ranging from Colgate and Crest to Sensodyne. These toothpastes and mouthwashes, although less costly than whitestrips or professional whitening, do usually cost more than the average product. They range from $5 to about $20 per item and do not necessarily produce the desired result. Depending on how much you pay and when you replace your toothpaste or mouthwash, the average person brushing twice daily can spend upwards of $30 to $120 dollars annually.

Project Mosquito Net is a non-profit whose mission is to raise enough money to provide “insecticide treated bed nets to children and pregnant mothers in Kenya to prevent malaria infections and deaths.” One child is estimated to die every 30 seconds from malaria.

A mosquito net only costs $5 each, meaning that the average cost of a whitening toothpaste could provide one child or a pregnant woman with a net that could save their lives. If ten people donated the cost of one Laser Teeth Whitening session 1,000 children would be protected against deadly malaria.

Theoretically if 10 people donated their annual spending on $30 Crest Whitestrips, 360 nets would be able to be provided to children in Kenya. This puts into perspective how many lives could be changed if just a few people decided to help others instead of treating themselves.

Next time you purchase a whitening toothpaste, a box of Crest Whitestrips, or an expensive laser treatment, think about helping a young child or a pregnant woman in Kenya by providing them with protection against disease. You just might save a life. 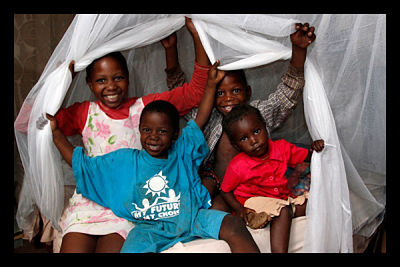 The Promoting Malaria Prevention and Treatment (ProMPT) Project in partnership with USAID and the Ghana Health Service has developed an innovative way to distribute mosquito nets in Ghana. The ProMPT project has delivered over 12 million mosquito nets to prevent the spread of malaria in Ghana. The four year project has given households training on how to use treated mosquito nets that are covered with insecticide to kills the mosquitoes. USAID was a major donor of the $20 million dollar project and support from the U.S. and Ghana governments was strong.

USAID acknowledged the success of the project was only possible through the collaborative efforts of the USAID, the Ghana Health Service, and the government of Ghana. The holistic nature of the project and the inclusion of factors relating to prevention, education, and treatment led to a drastic reduction in malaria-caused deaths. Program officers encourage other organizations to adopt the collaborative model in other malaria prevention projects.

In Ghana, malaria is a major problem for the country’s overall health. Over 40% of outpatient illnesses and visits in health care facilities are contributed to malaria as well as a third of all admissions. The World Health Organization attributed around 14,000 annual childhood deaths in Ghana to malaria as well. The goal is to reduce the impact of malaria in Ghana by 75% by the year 2015. 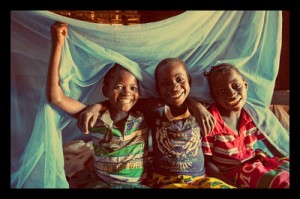 Many foreign aid organizations assist developing countries not by sending money, but by providing health and educational equipment for impoverished people. The United States Agency for International Development (USAID) is among the organizations that employ this method. A case in point is that since 2007, USAID has delivered 20 million insecticide-treated mosquito nets to Mozambique.

The impact of these mosquito nets has been invaluable, says Polly Dunford, the interim USAID Director in Mozambique. The nets have decreased the number of malaria cases in the country, most notably in cases of children.

In addition to providing assistance to reduce cases of malaria, USAID has been focusing on helping farmers become more successful. Given Mozambique’s ocean accessibility, it has the potential to become a regional food supplier, says Dunford. USAID has been supporting the agriculture sector through training programs that educate farmers on how to more productively sell their food products.

Mozambique receives about $500 million from USAID annually and a majority of that money goes towards the health sectors, like PEPFAR and other malaria prevention programs. The country has high levels of experienced economic growth, however, many people are still living in poverty. With the help of USAID, the number of impoverished and those dying from malaria in Mozambique will continue to decrease.