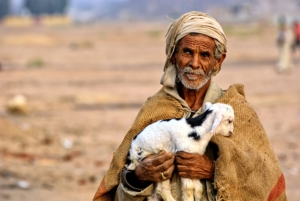 Social and political unrest often take the blame for rising poverty rates in the Arab world. However, unrest alone cannot explain why poverty in Morocco has continued to fall after the Arab Spring protests. It also cannot express why Egypt has seen a relative rise in poverty. However, it is possible to relate the reasons behind the countries’ two trajectories by examining the recent policies of each. Here are five reasons for Morocco’s falling poverty rate. Also included are a few reasons why the poverty rate is climbing in Egypt. This article will highlight the differences between poverty in Morocco and Egypt.

Reasons for Declining Poverty in Morocco

Egypt and the Rise of Poverty

In looking at some of the causes of the falling rate of poverty in Morocco, it is possible to compare it to other nearby countries, as well as examine what policies have not been working in said countries. Egypt is a country that has seen the opposite trend in its overall poverty rate, now climbing to 32.5% in 2018, up from 16.7% in 2000. However, it is not fair to say that the social and political situations of the countries are equivalent. Egypt faced the removal of two presidents within two years. Still, there are many parallels between the two countries that make a comparison relevant between poverty in Morocco and Egypt.

Egypt has had a growth rate of 2.15% over the past three decades. To give some understanding of what this difference means, Morocco’s population would have been 36 million in 2010 if its growth rates were that of Egypt’s over the same period of time. In 2010, Morocco’s population was only around 32 million. Providing better access to education may reduce the growth rate, as Egypt’s education system is underfunded and in need of reform.

The comparison between poverty in Morocco and Egypt has highlighted useful information about the best policies to eradicate poverty. Poverty in Morocco has decreased dramatically in the past three decades due to a few policies. The policy measures that Egypt has taken unsurprisingly show that slashing subsidies that benefit the poor have had a negative impact on poverty rates. Investing in infrastructure that benefits the poor, subsidizing basic needs and a lenient stance toward foreign NGOs are just a few policies that Arab governments and others could enact in order to achieve the results that Morocco has seen.