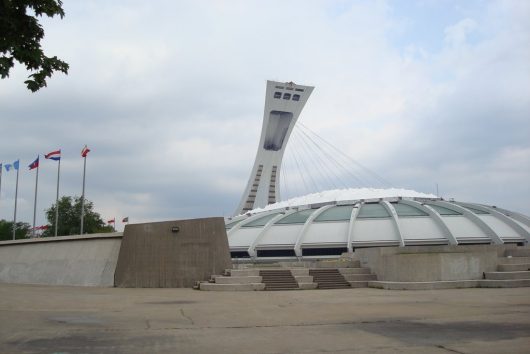 Refugees began arriving in Canada, to the Montreal Olympic Stadium in the first week of August. Many of these refugees are originally from Haiti, among whom were children and pregnant women. Hundreds of people in Montreal gathered in front of the stadium to show support and let the refugees know they were welcome. Holding colorful signs and shouting welcome, the people were humbly approachable in front of the stadiums.

About 58,000 refugees, most of them Haitians, feared deportation from the U.S after President Donald Trump threatened to pull back protection for them. With this fear, Canada’s arms opened wide and offered to give these refugees a temporary stay.

The group of supporters were organized by Solidarity Across Borders and the Non-Status Action Committee. Solidarity Across Borders is an organization calling to end deportations, detention of migrants, immigrants and refugees, as well as ending the discriminating experience to those fleeing poverty. The organizations gathered with the same belief in regularizing undocumented papers of immigration.

With the increased number of people crossing the border, they needed a place to hold a lot more than a hundred people, and so they turned to Montreal’s Olympic Stadium. The stadium is Montreal’s most well-known landmark, having been built for the 1976 Summer Olympics. The stadium carried 56 thousand seats, which was quickly transformed into a shelter holding more than 400 cots. The shelter includes access to food, internet and showers.

A big arrangement, the action may inspire others around the world. Refugees are receiving discriminative behavior, but it’s acts like this that can change that. Montreal’s Olympic Stadium was once built for a major event to bring people together for entertainment, and now, years later, it is transformed for a greater purpose—to help those in need.

Serge Bouchereau, organizer of the Non-Status Action Committee states, “We are here with them, to support them and to help them establish themselves.”