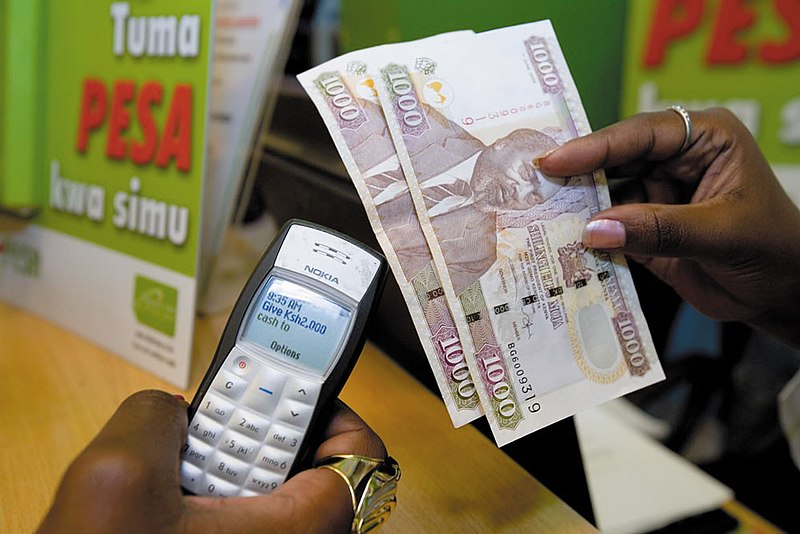 In 2007, Safaricom developed the M-PESA app in Kenya, Africa. The mobile money platform aims to increase financial inclusion by allowing the impoverished access to financial services without the need to visit a bank or have a bank account. The introduction of the M-PESA mobile money app has improved the economy in a nation with about 16% of the population surviving on less than $1.90 per day in 2021.

Accessibility is one of the benefits M-PESA offers. The app is accessible to both individuals and businesses and even those living in rural villages can easily access it as long as there is mobile connection coverage. Through the app, users can send and receive money, purchase airtime and pay bills, among other services. M-PESA also “facilitates the safe storage and transfer of money.”

A study conducted by an economics professor from Georgetown University and a colleague from MIT shows that 96% of the Kenyan population used the M-PESA app in Kenya in 2016. By 2021, the app had roughly 30 million users in Kenya alone. The M-PESA app expanded to six other African countries and served 50 million users across the African continent by September 2021, making it the largest fintech in Africa.

Benefits of the M-PESA App

M-PESA is able to improve a country’s financial outlook by reducing poverty. The app allows users to take control of their finances and increase consumption levels of goods and services. A research article, “The Long-Run Poverty and Gender Impacts of Mobile Money,” published in Science magazine in December 2016, indicates that over six years M-PESA “increased consumption levels,” which allowed about 186,000 Kenyan families (2% of Kenyan households) to rise out of poverty.

Mr. Mungai, who operates two M-PESA shops in Kenya, told the Mobile Transaction that the app had made his life much easier and provided him with a stable job. “M-PESA has changed my life; it helps me make savings. I don’t need to travel to and from the bank every now and then because I can now deposit and withdraw from my bank account using the M-PESA platform,” Mungai added.

Evolution of the M-PESA App

The functions of M-PESA have been evolving. In 2021, M-PESA Africa launched the M-PESA Super App, which allows users access to “services they need in a typical day including shopping, restaurants and food delivery, transport services, government services” and more, without the need to install several apps. By March 2022, more than 9 million individuals and 320,000 businesses had downloaded the M-PESA Super App.

In addition, M-PESA has grown from peer-to-peer money transfers to international payments. M-PESA has partnered with MoneyGram on International Money Transfer, allowing users in more than 90 countries to transfer money across borders. Now people are able to enjoy the services and updates of the app without a SIM card. M-PESA is also collaborating with PayPal, and soon, the mobile money app intends to expand further through partnerships with other global brands.

With the M-PESA app in Kenya, Kenyans can look to a brighter future and an improved economy through easy access to financial services and increased job opportunities. Overall, M-PESA increases financial inclusion, ensuring that the impoverished in developing countries in Africa have access to the resources and services to break the cycle of poverty. M-PESA will continue to bring innovations and enable individuals to make transactions more efficiently and securely.

Bitcoin has recently been a hot topic of discussion for many popular radio and television programs—including NPR’s Planet Money and The Colbert Report. Now the question is, what exactly is Bitcoin?

The U.S. has the dollar, Mexico has the peso, the United Kingdom has the pound. The creators of Bitcoin wanted to invent a currency that was not tied to any country or government. Bitcoin acts as cash for the online universe that can be transferred to anyone, anywhere in the world.

The online currency, that began as a mere hobby for tech entrepreneurs and pioneers of finance, has landed in Kenya. The Bitcoin transfer service will be an addition to M-Pesa, the country’s highly successful mobile banking platform. The service, called Kipochi—Swahili for “purse”—will allow Kenyans to transfer money abroad while avoiding the large transaction fees of companies like Western Union and MoneyGram.

Kipochi describes itself as a faster, easier, and cheaper way to transfer money, compared to banks and money transferring services. All that is required for users to sign up is an email address, phone number, and passport or national identity number. Users can currently transfer one bitcoin a day—the exchange rate is currently 99 USD=1 BTC. However, the transfer amount is expected to increase overtime.

M-Pesa is a system many Kenyans already use to transfer money by text message within the country. Kimpochi will link to this system and allow Kenyans to send and receive Bitcoin internationally, converting it to and from an M-Pesa balance. Since Bitcoin only charges $0.04 per transfer, exchanging money will be made cheaper and more affordable to Kenyans.

In a country where 70% of the population does not have a bank account but does have a mobile phone, it makes sense that a non-governmental, cashless system like M-Pesa, and potentially Bitcoin, will thrive.