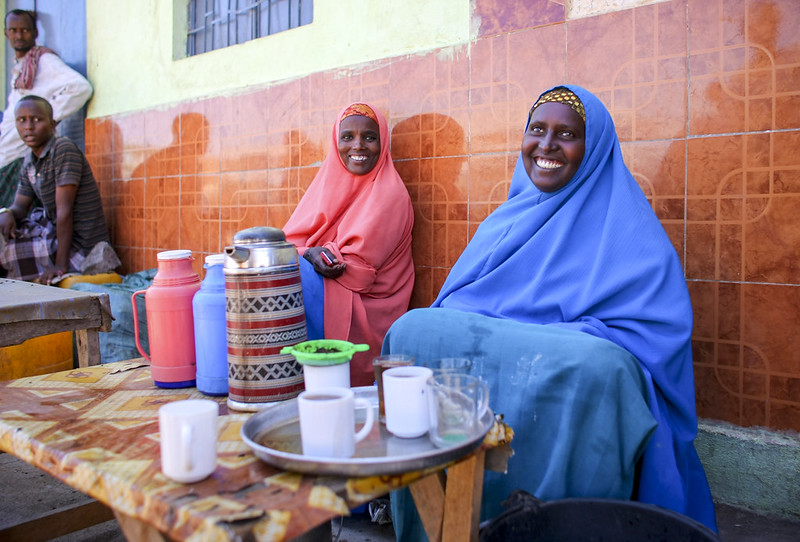 Displaced women in Somalia have been using an age-old money lending system to help each other. The system is known as Ayuuto, which is Somali for “help.” The informal program allows small communities of women experiencing poverty in Somalia to access money for needs and emergencies.

The concept of Ayuuto exists in different countries across the globe. It is a type of informal money lending system that can help provide people in impoverished communities with money in emergencies. Ayuuto primarily functions in small groups; in this case, small groups of Somali women who live in camping settlements across Somalia. The women meet once a month in their respective camps and add a fixed amount of money to a pot. The manager of the group selects one person to lend money to each month, which is usually whoever is experiencing the direst need for funds. As Al Jazeera sums it up, Ayuuto is “an interest-free rotating savings scheme based on mutual trust.”

Since Ayuuto is an informal system, it is completely separate from any official banking system. This can make it riskier, but also faster and less complex to provide monetary help in an emergency. Aid from formal agencies has decreased and there are very few opportunities for formal work within the cities. Ayuuto allows the women to purchase day-to-day necessities and provides funds for the women to start their own small businesses.

Utilizing the Ayuuto system has also allowed women in these camps to support each other in other ways. The women come together and bond through conversation, listen to each other’s needs and support each other emotionally. Overall, the system helps foster a community of trust and security.

A 2019 World Bank Group report indicates that about 70% of people in Somalia live in poverty, making the country one of the most impoverished in sub-Saharan Africa. A notable number of people in Somalia are living just above the poverty line. About nine in 10 households in Somalia suffer deprivation in a minimum of one dimension, either “monetary, electricity, education or water and sanitation.” Urban areas experience less extreme poverty than rural communities and displaced people experience the most extreme poverty.

Since 1991, Somalia has experienced extreme levels of famine, political instability and droughts that have caused almost three million people to become displaced. Surveys show that the consequences of drought and the COVID-19 pandemic stand as the most significant difficulties for impoverished communities in Somalia. These conditions have forced families, most of them from rural areas, to abandon their homes and livelihoods and flee to camps that are inside and around cities in the hopes of finding a way to survive. In fact, three-quarters of displaced people live in cities. The camps that displaced Somali people settle in are often overcrowded and do not have sufficient resources of food and water for everyone.

Most displaced women in Somalia do not meet the requirements to apply for a formal bank account, such as existing credit history or financial identity. Data also shows that almost twice as many women as men have no source of income.

Reports show that more than a third of girls living in camps have said that their greatest worry is experiencing sexual violence, followed by difficulty accessing resources and violence in the household. Females head about four in 10 Somali households and only 37% of women are active in the labor market in contrast to 58% of men.

All of these challenges contribute to the fact that poverty in Somalia disproportionately affects women. Ayuuto serves as a safety net for women who are experiencing many barriers to establishing a stable income and livelihood.