And worst of all, Pakistan’s meager spending on education is declining. Education spending in Pakistan dropped from 2.6 percent of the nation’s GDP in 1999 to 2.3 percent in 2010.

The ramifications this has on the people of Pakistan are devastating. Twelve-year-old Fatma goes to school in an abandoned brickyard, one of about 20,000 “shelterless” schools in Pakistan.

“I study at the Government Primary School in Lahore,” Fatma said. “I study English language, and I like it. There are no chairs. We have to sit on the ground. It’s a problem in the winter. When it rains there is nowhere to sit.”

Those schools that are bonafide buildings are not much better off. Sixty percent of these buildings have no electricity, while 40 percent lack access to drinking water.

According to some, the abysmal state of education in Pakistan is the result of a war between the powerful elite and the impoverished masses. Some claim that the rich in Pakistan are purposefully keeping the poor illiterate to stay in power.

Frustrated, one of Fatma’s school council members has said, “Government officials send their own kids to air-conditioned classrooms. Let’s see them make their kids sit here and see what it is like!”

Indeed, disparities in income mean that the most privileged group will receive a far better education in Pakistan. Ninety-one percent of the richest members of society complete their primary education, while only 26 percent of the poorest can say the same.

Still, education in Pakistan for the rich and the poor alike remains dismal. The poor hold classes outdoors, while the main luxury for “rich” schools is air-conditioning.

Yet there is hope for education in Pakistan. USAID has established a set of lofty goals that would significantly improve the quality of education in the country. The organization plans to “bring 3.2 million children to read at or above their grade level by 2018.” Furthermore, USAID has pledged that 120,000 children will get access to new schools. For many of them, it will be their first time in a school with a roof.

There is reason to hope that USAID can accomplish these goals. In the past three years, the organization has built or renovated over 600 schools while also supplying those schools with new computers and books. Similarly, USAID has trained 15,000 teachers and administrators since 2009.

In the end, only time will tell if Pakistan can overcome its pervasive inequality and government spending issues to turn its failing education system around. 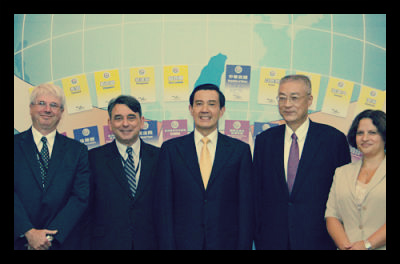