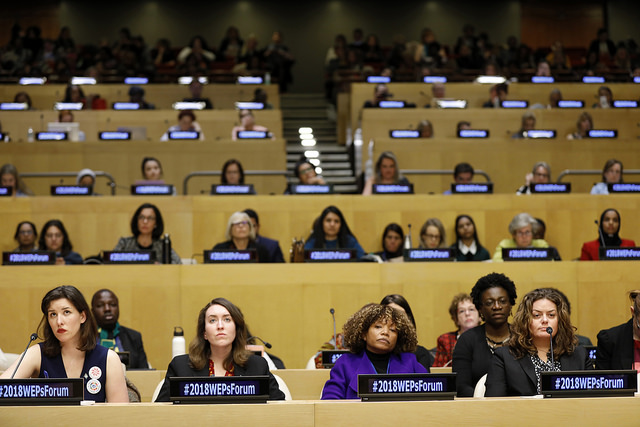 College and high school are formative years in the lives of many people. The subjects students choose to study and organizations they chose to participate in can change their outlook on the world for years to come. Many in college will choose to join clubs attached to their majors, such as psychology majors in psych clubs or biology majors in bio clubs. However, the world of international politics often crosses the borders of all subjects.

International laws and treaties base objectives on studies carried out by various experts. So, oftentimes, students with an interest in their own corner of the world find themselves drawn into the world of international relations. With little time to cover two majors, or their high school not offering classes on the subject, students are introduced to the benefits of model organizations.

What Are Model Organizations?

For those unfamiliar with this term, model organizations are clubs dedicated to the study of international organizations. The two most popular are Model United Nations (MUN) and the Model Arab League (MAL). Both the MUN and MAL are usually clubs on college campuses and high schools that have branches around the world.

The goal of these organizations is to educate participants about the workings of large-scale international organizations. This endeavor is accomplished largely through online resources, but the best tool is the participation in simulations at conferences around the United States and the world. Students participate in weekend-long formal conferences, where they have the opportunity to take on the role of a representative of an assigned nation.

The participant must study his or her assigned country and represent its views accurately during the conference, an activity that serves as one the the greatest benefits of the model organizations.

Students are often times unfamiliar with world governments; stances compared to those of their home country. For example, a student in the United States who is studying chemistry in college can be assigned as a representative of Tunisia for a Model Arab League conference — a nation most likely unfamiliar to both the student and the U.S.

In another scenario, a student may be interested in science, and so he or she may elect to participate in the Council of Arab Environmental Affairs Ministry.

One topic on the simulated ministry’s agenda is the “Evaluat[ion] and mitigat[ion of] the negative environmental impacts of water-related infrastructure and resource use, e.g., the construction of dams and canals, the overuse of aquifers, as well as the desalination industry.”

After studying Tunisia’s stance on the use of water, the student may find that that he or she supports a resolution mitigating the overuse of aquifers, but does not have strong feelings about dams. The student will then discuss this topic with other nation representatives, and may quickly learn the representatives of Iraq, Syria and Kuwait, for instance, have strong feelings about the construction and use of dams.

Even without participating in the simulation, students can benefit from the model organization because they most likely would have never learned about the depths of complexity behind water rights between two nations, and so now have an expanded knowledge and perspective on the world.

As a student of the sciences, he or she could now more effectively understand how to find a solution that benefits both the environment and the nations which share the water.

The other three will be hosted in China, Germany and Ecuador. Students will be able to participate in the simulation of the United Nations General Assembly, Security Council, World Health Organization, UNESCO, FAO and others. Topics are planned to range from preventing terrorism and extremism in the Horn of Africa via the Security Council simulation, to improving response and coordination in addressing mental health in the WHO simulation.

Students benefit from the model organizations by learning to cooperate with people from other countries as they try to pass joint resolutions to fix major local and international issues.

Although the Arab League is often considered ineffective and mostly a formality, the model organization is actually much more. As a college participant myself, my MAL club was invited to both the Turkish Embassy and the Palestinianian Mission in the United States, where we were given a formal but friendly lecture on the stances of Turkey and Palestine on a variety of important topics.

The National Council on U.S.-Arab Relations is the largest host of conferences in the United States; its discussions are located in major cities across the country. In this case, a major benefit of the model organizations is educating participants about the various cultures and political ideologies of the Arab World, which oftentimes are clumped into one. Now, more than ever, it is important to treat the Arab World as separate nations rather than just the “Middle East.”

At the end of the conferences, students come away more educated and mindful of international dynamics and complexities. One person may now know why it is not so easy to stop pollution in the developing world. Another might understand the complexities of switching solely to renewable energy.

The world benefits from the model organizations due to where these bright students will go after becoming a globally-minded citizen. Even if these students do not go directly into international politics, they will help shape their world in a better direction.