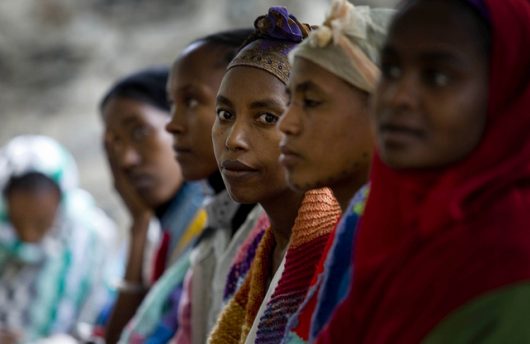 A recent survey found that the number of women who use mobile Internet in Africa has surpassed that of men, as more and more women use the Internet in search of entertainment and tools for empowerment.

Opera ran a survey of 1,500 men and women between the ages of 14 and 44 to better understand how people use the Internet on their mobile devices. These results were combined with data from Worldreader, which provided information on the mobile reading habits of 50,000 of the app’s users in those three countries.

Together, Opera and Worldreader found that women are equally as “tech-savvy” as men. Women use their Internet browsers just as frequently as men do, and 60% of women surveyed in Kenya and Nigeria reported using the Internet over eight times a day. Not only do women use the Internet as much as men, but they also tend to purchase larger data packages in all three countries.

In addressing these statistics, it is important to understand why women are using the Internet so frequently. The survey found that two motives—entertainment and empowerment—were the reasons behind women’s Internet use.

Across the board, women in these three countries engaged with a broader variety of content on the Internet than their male counterparts did. One in three women who took part in this survey said that they used the Internet to browse lifestyle, music, and entertainment content.

However, women found it just as important to use the Internet for empowerment purposes. Many women were interested in ways that they could improve their lives in areas such as education, property rights, and health. They also emphasized the importance of having access to the news.

For many women, access to the Internet could be the key to greater educational opportunity. As women’s mobile Internet use in Africa continues to increase, more and more women will be equipped with the tools they need to empower themselves and improve their quality of life.