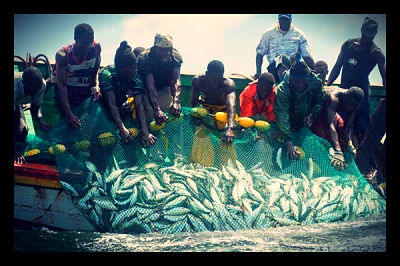 In Malawi, the southeast African state, fishing has proven to be an efficient and sustainable business that provides for citizens in surrounding areas. In fact, 1.6 million people are dependent on Lake Chilwa for their livelihood.

But this sustainable business model comes out of necessity. Through the 20th century, Lake Chilwa, the 2nd largest lake of Malawi, dried up nine times because of limited rainfall in the basin. Unfortunately, this trend is on rise with expectations of warmer climates and increased drought.

When the lake dries up other sources of food face heavy pressure to feed such a large group of people. Because of this increased potential of famine and drought sustainable fishing practices have been implemented.

The Lake Chilwa Basin Climate Change Adaptation Program (LCBCCAP) works with communities around the Basin in an attempt to reduce effects of climate change by introducing energy efficient products and methods that rival traditional approaches.

The first of these new products are the solar fish drier and fish smoking kilns adapted for energy efficiency. These products are expected to decrease fish post-harvest losses, and reduce climate change effects of the former methods.

The oldest traditional method to preserve fish, drying the fish in open air, can contaminate the food with dust and insects. This hurts both the health of consumers and the value of the fish. Further, “during the rainy season, processors incurred a nutritional and physical post-harvest loss of at least 30-40%.” But fish can be lost to predators as well and protection may be needed. This protection takes the form of increased labor.

As for smoking fish, the local tradition is to do so over an open fire. However, this increases deforestation and cripples the country as a whole. According to Yona Kamphale, the Ministry of Finance’s Development Planning Director, “the largest costs result from the loss of agricultural productivity as a result of soil degradation, deforestation in catchments around the main urban centers to supply firewood… and unsustainable fishing.”

To mitigate this the energy efficient fish smoking kiln reduces firewood use by 50%. In doing so it reduces labor and financial costs for firewood, while halving the environmental cost when used.

But this story gets even better. Women are empowered due to the reduction of labor time. With the ability to both dry and smoke the fish, women bring in more income to support their family. Once able to make more money and provide for their family they gain power within the familial structure, similar to the effect of micro-lending.

The female fish processors are trained by the LCBCCAP to use the energy efficient tools, handle food products hygienically, “quality control, grading, brining, and packaging.” Through this program women were given monetary options, food quality improved, labor reduced, and negative effects on the environment reduced.