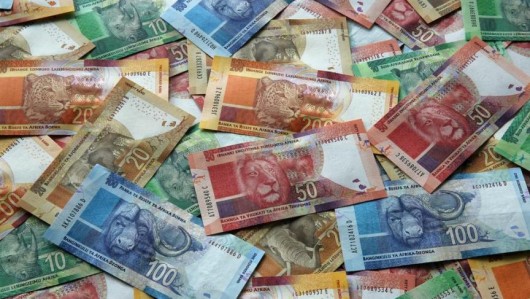 As the number of newly minted millionaires in Africa continues to rise, overwhelming poverty across the continent remains a pressing issue.

The most recent report from the research firm New World Wealth has released new statistics regarding the concentration of wealth across Africa.

According to the report, there are a total of 163,000 millionaires in Africa with a combined wealth of $670 billion. That’s higher than the GDP of Kenya and Nigeria, two of Africa’s largest economies, combined.

Most of Africa’s new millionaires are coming out of South African cities like Johannesburg and Capetown, which host 527 and 238 millionaires per 100,000 people, respectively.

One could assume that these new millionaires are a testament to Africa’s growth generating increased wealth, but the reality is much starker.

According to new World Bank data, GDP growth in Africa this year is forecasted to be 4.4% while per capita growth is expected to be only 1.7%.

“More people are likely living on less than $1.25 a day in Sub-Saharan Africa today than at the turn of the millennium—an estimated 413 million in 2010 compared with 376 million in 1999,” the World Bank report states. In addition, one out of every two Africans is currently living in poverty.

As far as who’s actually becoming a millionaire in Africa as poverty continues to be a crisis, it’s mostly those involved in politics, upper ranking government employees and those who were already well-off to begin with. 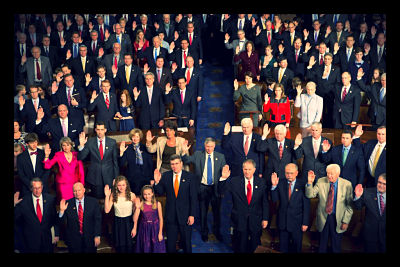 As Congress debated extending unemployment benefits, like Medicare and Social Security disability benefits, a report regarding other benefits was released. The Center for Responsive Politics found that, for the first time in history, more than half of the Congressional members are worth more than $1 million.

The report, released in early January, finds that at least 268 out of the 534 current members of Congress have an average net worth of more than $1 million. The numbers are based on personal disclosures filed in 2013, regarding the 2012 fiscal year. To calculate net worth, the Center added together the members’ assets, such as corporate bonds and stocks, and subtracted liabilities such as credit card loans and mortgage debt.

The fact and knowledge that Congressional members are much wealthier than the average Americans they represent is not new. Intuitively, politicians need large sums of money to run campaigns, and are more likely to have access to influential donors if they themselves are wealthy.

However, this is the first time in history that we have a Congress of millionaires, where over half of Congress is worth more than $1 million. That fact is somewhat ironic, as it is Congress who determines unemployment benefits, food stamps and the minimum wage, as well as legislation to overhaul the tax code.

Josh Bivens, director of research at the Economic Policy Institute, was quoted in the New York Times as saying, “Congress not only seems more responsive to policy desires of the very rich, but increasingly they are the very rich.

These findings also come at a time when wealth disparity within the United States of America is becoming a political focus. During the summer of 2013, Obama decried the “inequality of opportunity” while Pope Francis recently drew attention to growing economic inequalities – a message that Congress supported.

These issues of inequality are likely to weigh heavily on the 2016 election. Whether or not the pressure will result in a more economically diverse group of representatives remains to be seen.