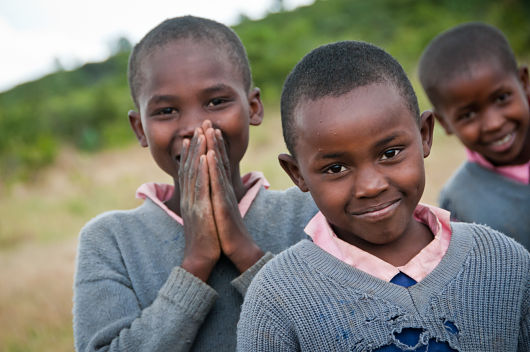 Many of the targets were intended to help the world’s children. Leaders planned to reduce the under-five mortality rate by two-thirds, ensure that all children would be able to complete a full course of primary school, and eliminate gender disparity at all levels of education.

2015 is the deadline for the MDGs, and UNICEF takes a critical look at how life for children has changed since 1990 in their report “Progress for Children.” Today, the chances that a child will not only survive, but enjoy a higher quality of life, have increased significantly, but there is still plenty of work to be done.

Great strides have been made in certain areas. Overall, the number of people living in extreme poverty has decreased, from 1.9 billion to one billion. Children today enjoy better nutrition, with a 41 percent decrease in stunting rates. Furthermore, they are more likely to get a primary school education, with the number of out of school children reduced from 104 million to 58 million. Four regions have also achieved gender parity at primary school level. The mortality rate for children under five has also fallen by 53 percent. Worldwide, most children born today enjoy many advantages over children born in 1990.

Sadly, these achievements have not reached every child. UNICEF states that the most marginalized and vulnerable children are still struggling in many areas. Children from the poorest households still endure many hardships. They are twice as likely to die before age 5. When it comes to education, they are less likely to achieve minimum learning standards, and poor girls are particularly disadvantaged in this area. Adolescent girls are disproportionately effect by HIV, accounting for two-thirds of all new HIV infections among adolescents. The gap in child marriage for rich and poor girls has also increased. Clearly, the work does not stop with the end of the MDGs’ timeline.

The UN is currently working on a new set of goals to chart a course for future progress in fighting global poverty: the Sustainable Development Goals. While developing new targets, they must consider that the most disadvantaged children cannot be left behind again. These new goals must be set with the primary objective of helping the world’s poorest children see a better future.

For nearly 15 years, the United Nations Millennium Development Goals (MDG) have been a sign post for development efforts—guiding, informing and evaluating them to ensure they were on the right track. But with 2014 right around the corner, one has to wonder what is next for the global development agenda—what is to become of the MDG after 2015?

Fortunately, forging a post-2015 development agenda has been well underway since 2010.

The current MDG, which were established at the Millennium Summit in 2000, outline eight targets for development which were to be reached by 2015. They are to: eradicate extreme poverty and hunger; achieve universal primary education, promote gender equality, empower women and reduce child mortality; improve maternal health, combat HIV/AIDS, malaria and other diseases, ensure environmental sustainability and develop a global partnership for development.

While certain targets which were agreed upon have been met, there is still a long way to go. Furthermore, it was precisely that which a high level UN plenary meeting on the MDG decided in 2010. What was promised at that meeting was an acceleration of current MDG goals towards reaching their 2015 target date, but more importantly it set the course for a post-2015 development agenda.

To that end, UN Secretary-General Ban Ki-moon established several UN panels and task teams while appointing a special adviser on post-2015 development. His efforts resulted in a High Level Panel of Eminent Persons in 2012, which included a myriad of high level officials from every corner of the world.

In May 2013, the panel released a report entitled ‘A New Global Partnership: Eradicate Poverty and Transform Economies through Sustainable Development.’ The report highlights and codifies the efforts that had been underway since the 2010 summit.

Calling for a new post-2015 development paradigm, the report concluded that business as usual is not an option. The report further explained that the post-2015 agenda is a universal agenda which needs to be driven by the following “five big transformative shifts:”

With 1.2 billion people still living in poverty, this shift is meant to change the paradigm from target reduction to total eradication of extreme poverty.

2. Put sustainable development at the core.

With the continued pace of environmental degradation, sustainable development now includes increased social inclusion and a greater emphasis on reducing unsustainable consumption to be brought about through structural changes in our current models of sustainability.

With so many people working far too many hours for too little pay, it is vital to ensure not just equal job status, but equal economic opportunity. That is to say, everyone should have the equal opportunity to engage in work which provides a living wage.

4. Build peace and effective, open and accountable institutions for all.

With so much poverty resulting from conflict and wars, the post-2015 agenda calls for “a fundamental shift—to recognize peace and good governance as core elements of well-being, not optional extras.”

Touted as perhaps the most important of the transformative shifts, the idea is to get everyone involved “towards a new spirit of solidarity, cooperation and mutual accountability.”

These shifts are meant to affirm the success of the MDG while acknowledging that there is still work to do. And with the new target date of 2030, everyone gets 15 more years to get it done right this time.