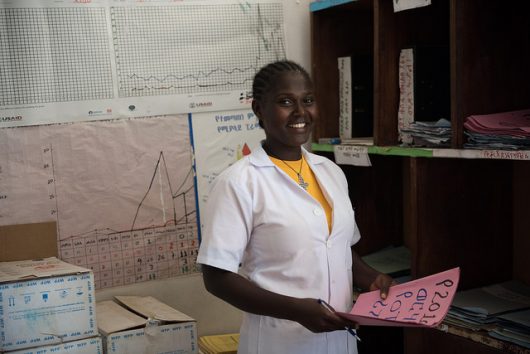 With a population of approximately 106 million, the nation of Ethiopia is the second most populous country in Africa. Along with this large population, Ethiopia also has one of the highest poverty levels in the world and is one of the most underdeveloped countries on the continent.

Due to this underdevelopment, Ethiopia has many medical and healthcare related concerns that have historically not been able to be addressed. Recently, the government of Ethiopia has made the health of its citizens a priority, leading to many medical advancements in Ethiopia.

The current health system in the African nation is unable to provide for over half of its large population. One of the main reasons that Ethiopia has been unable to provide medical care to so much of its citizens is because there are not enough medical facilities in the country, and many people do not have access to the ones that do exist.

According to the World Health Organization, only 75 percent of urban families and about 42 percent of rural households are within walking distance from a hospital. When individuals are able to access a medical facility, they are often met with facilities that are understaffed, have workers with low qualifications and do not have many standard clinical supplies.

One of the ways that medical advancements in Ethiopia are occurring is by working on improving this shortage of medical facilities. An example is the expansion of St. Paul’s hospital in Ethiopia’s capital, Addis Ababa. Though this is an existing medical facility, the expansion will help the hospital take in more citizens than it has previously been able to. Currently, the hospital has between 12 and 14 beds in the emergency room; after the expansion is complete, the emergency room will hold up to 50 beds. This expansion is partially possible because of the partnership between Millennium Medical College in Ethiopia’s capital and the University of Michigan.

Another way in which medical advancements in Ethiopia are being made is by the nation’s dedication to treating HIV and AIDS. With the help of the United States, the Ethiopian government has committed to providing free treatments for HIV and AIDS. U.S. aid has been a vital part of this effort and has been working to provide the needed treatments. According to USAID, in just one year the number of Ethiopians accessing HIV counseling and testing increased from 500,000 to more than nine million. It is also reported that the number of people on anti-retroviral therapy increased from 900 in 2005 to 394,000 in 2015.

This expansion of current medical facilities and commitment to the treatment of HIV and AIDS are just two ways in which medical advancements in Ethiopia are being made. The University of Michigan has said that Ethiopia is experiencing a “medical revolution,” and it appears that this is just the beginning.