Tag Archive for: Migration and Industry in the South Pacific 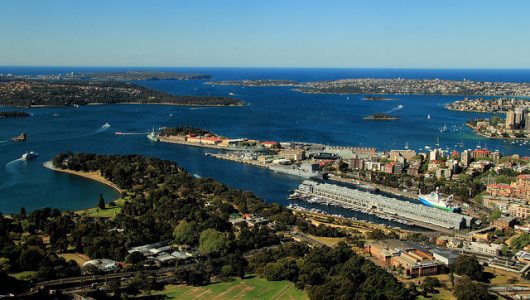 Migration led to the population of the South Pacific Islands, along with innovation to sail against the wind. The islands developed a unique history, language, and culture and migration and industry built the South Pacific nations. There are challenges facing the islands, but people are rising up to face them.

What are the South Pacific Islands?

The South Pacific includes about 10,000 islands located in the South Pacific Ocean that, based on their ethnic geographic history, can be further broken down into Melanesia, Micronesia and Polynesia.

About 3,400 years ago, people left land and started sailing, and the wind brought these new settlers to many remote islands such as Tonga, Fiji and Samoa. Eventually, this exploration stopped for about 2,000 years due to a lack of technology to sail against the wind. Once the technology was developed, many continued their migration and industrialization in the South Pacific to explore and settle the rest of Oceania to Tahiti, Hawaii and New Zealand.

From the 16th to 18th Century, the Europeans began to make infrequent and accidental discoveries of the islands that helped add to the narrative of wealth in unknown lands. It was not until the 18th Century that Europeans began an organized colonization effort in the South Pacific Islands. By 1980, most of the South Pacific Islands had reached independence.

The general consensus is that people are happy on the islands and few leave unless searching for work or education. However, due to an increase in dangerous weather and rising seas, many are faced with a possibility of being forced out. An estimated 10 tropical cyclones are predicted to hit the islands between November and April each year.

While, there is no international law that recognizes people leaving on account of weather changes, talk of a new refugee has begun. On Tuvalu, it is estimated that migration will increase 70 percent by 2055, and already about 23 percent of citizens on Kiribati have migrated due to climate stressors, 41 percent for work and about 40 percent may migrate if flooding or climate changes worsen.

Many of the islands face similar challenges — islands possess limited natural resources, a distance from larger markets and a greater susceptibility to external factors such as natural disasters. Despite these challenges though, tourism and other businesses are becoming a strong reality for many.

Larger islands such as Fiji, Samoa and French Polynesia have already begun to build a strong tourism industry. Fiji, in particular, is partnering its tourism with oceanic sustainability — a priority for many. Some tourism operators engage tourists with local communities by bringing them to view the Shark Reef Marine Reserve or visit villages away from the popular resorts.

Leaders in the Pacific Islands encourage entrepreneurialism, but efforts in the past have had mixed results, often beginning with loans and ending with shut-downs due to lack of payment. Currently, a refocus on education and training has started to take place, and informal polling has pointed out the importance of community in building businesses and highlighted microfinance for the future.

Migration and Industry in the South Pacific

Migration and industry in the South Pacific work to change islanders’ lives for the better. Australia still looks at many Pacific Islands as recipients rather than providers, which often detracts from viewing these islands as loci for businesses. To combat this perception, the Australian government is challenging financial institutions to sign a memorandum that will promote private sector development through financial inclusion.

Migration and industry in the South Pacific are of key importance. The islands are faced with finding their innovative selves to develop businesses and new technologies to avoid migration.