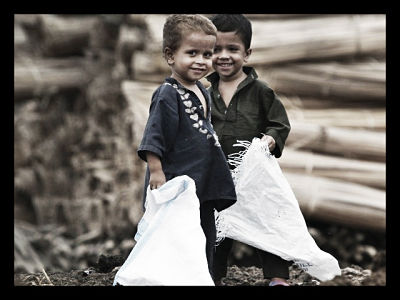 UN officials and experts met on September 4, 2013 to discuss the need for human rights to be prioritized by governments when making policies about immigration. Officials agreed that humanity should be the focus of the immigration debate.

Immigrants often lack the official documentation that citizens possess, so they often go without legal protection out of fear of deportation. Yet, if the 215 million migrants living in marginalized pockets all over the world came together to form a country of their own, it would be the fifth most populous country in the world. Imagine a country with the population of Brazil, where none of the people were guaranteed human rights. If that situation seems problematic, then it is time to think about human rights for migrants.

Top UN Human Rights Official, Navi Pillay, suggested that governments should think of immigration as a human issue, rather than an economic or a political issue. Human rights should be the central focus of government immigration policies if they are to be effective.

Pillay stresses that for migrants, their journeys and working conditions are becoming more perilous, making human rights standards for migrants an increasingly important priority. Women should not have to suffer domestic violence, and workers should not have to accept exploitation out of fear that seeking help from the law would lead to deportation. Families should not have to live without healthcare, and children without education, just because they are migrants. Pillay also argues that migrant populations should have a say in drafting the policies that affect them, like public housing provisions and measures to counter racism and hate crimes.

Migration is as much a human rights issue as it is a global one. The UN agency reported that the lack of international discussions about migration leaves a glaring hole in global governance, and that the UN must mandate a multi-stakeholder standing body to protect the human rights of migrants all over the world. In arguing that humanity should be the focus of the immigration debate, the UN has attempted to change the way in which the global community views this ever-present issue. 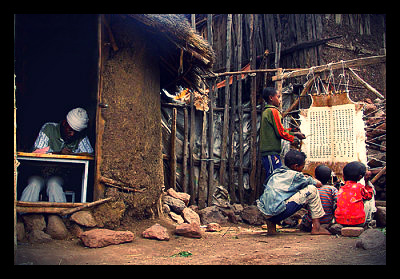 Since their creation, the Olympics and the FIFA World Cup have been two of the most celebrated traditions in history. Some flock to the world’s most beautiful cities to watch live; others crowd around television sets, anything to be a part of this phenomenon that unites the globe under the common love of sport. Avid sports fan or not, it’s safe to say that everyone relishes in seeing the best athletes in the world bring pride and honor to their home countries.

For many nations, the opportunity to host one of these popular mega-events is a chance of a lifetime. Not only do the cities have the prestige of having the whole world’s eyes on them, but becoming a host city is also a chance to revamp the national economy and improve infrastructure. Not to mention the immense prospects for tourism as fans come from around the world to watch these events.

Despite the seemingly happy exterior faces of these mega-sporting events, they unfortunately can take a toll on the host countries’ and host cities’ ways of life, including their economic development policy. Earlier this summer, millions of Brazilians flooded the streets of Brazil to protest the costs of the upcoming 2014 World Cup and 2016 Olympic games.

Protestors have cited the hosting of these events as an example of the government’s misplaced priorities. It is estimated that the World Cup will cost about $13.3 billion—a price tag for which no one but taxpayers will be responsible, even if it would make for good PR and instantly anoint Brazil as a global superpower.

However, protestors in Brazil do not find that kind of PR worth it at this moment in time. Even though the government promises that hosting the games and the World Cup will help to boost development in the country–by accelerating investments in infrastructure and improving services, governance, and local enterprise to international standards–critics say the money should be spent on grassroots development projects on health and education.

The mega events have already proved to be a problem in Brazil’s development policy. According to the Ford Foundation, many people in Rio de Janeiro have become worse off due to the numerous evictions in poorer communities in order to build infrastructure for the games. Also, less attention is being paid to improving the poorer communities and instead the focus is being put on increasing real-estate prices in upper-class areas where most of the infrastructure is being improved.

According to Leticia Osorio of the Ford Foundation, local communities need to be consulted with during these projects.  “They need to get civil society involved in discussions. That’s true for the government, but FIFA and the IOC (International Olympic Community) also have to change the way they assess bids to include human rights and better values.”

Even more recently, Qatar has come under fire for being awarded the 2022 World Cup bid. The desert nation, the richest country per capita in the world, has been accused of numerous human rights abuses concerning their treatment of migrant workers, an issue that the Internal Trade Union Confederation (ITUC) defined as “modern slavery.”

More than one million migrant workers in Qatar are victims of the “Kafala system” where employees are tied to a specific employer who controls the employee, even on the grounds of when and if they can leave the country. Migrant workers, who mostly hail from India, Bangladesh, and Pakistan, are denied their wages and are forced to work in unsafe and unsanitary conditions. Yet they will be the ones building the construction projects for the World Cup.

In response to these growing criticisms, the government enacted the Migrant Workers Welfare Charter last October, which promises that all contractors and sub-contractors would guarantee strict standards of health and safety for migrant workers. The Qatar Foundation at the end of April also announced that mandatory minimum standards of welfare for the migrant workers would be enforced. Overall, the government hopes that the hosting of the World Cup will help to improve current conditions in Qatar.

“We have always acknowledged that the current state of workers welfare needs to be improved. From the beginning we have pointed to the power of football as tremendous catalyst for tangibly improving labour conditions in Qatar and the region at large,” the Qatar 2022 Supreme Committee said in a statement addressed to CNN.

Sources: Huffington Post, The Globe and Mail, CNN, The Guardian