On the island of Hispaniola, evenly split down the middle and home to both the Dominican Republic (D.R.) and Haiti, there has long been cross-over between the two countries, with an estimated 450,000 Haitian migrants currently residing in the D.R., a richer country.

In recent weeks, however, the Dominican Republic’s President Danilo Medina announced plans to register migrants and expel undocumented Haitians (or those of Haitian descent) from the country. President Medina’s expulsion plans, which come on the heels of his re-election campaign, have been enormously popular domestically, with many Dominican Republic residents claiming that Haitian migrants drain resources from what is already a very poor country. Systemic racism also plays a part, as many D.R. residents regard their darker, French-speaking and poorer Haitian neighbors as intruders who have put a strain on the country’s weak public system.

As part of the plan, President Medina’s government also proposed the Amnesty Plan – migrants were required to register with the government by June 17, 2015 or face deportation from the D.R. However, according to Celso Perez, a fellow at Human Rights Watch, the government has accepted less than 2 percent of applicants for regularization of Haitian immigrants. Officials also say that the paperwork process carries hidden costs and is frustratingly bureaucratic, which makes it hard for the less educated and the well-off to successfully complete the process. Applicants, for example, must pay RD$1,000 to 1,5000 (US$23 to US$35) to get documents signed by a notary public. For applicants who have to travel to cities where they used to live, the expense can also become compounded. Costs of attorneys, who can help ensure all the paperwork is in order, can also cost up to RD$15,000 (US$350) – an insurmountable cost for applicants who earn low salaries. John Thomas, a D.R. police officer working in Sabaneta, stated that “a lot of the Haitians who have paid fees but keep having to pay more and submit more documents feel like they are being robbed.”

According to officials, only 290,000 of the estimated 450,000 migrants eligible to apply for naturalization completed the application process before the June deadline. These people, who lack sufficient documentation proving ties to the D.R., now must live in a state of uncertainty and fear of sudden expulsion from the country.

President Medina’s plans have had the biggest impact on the D.R.’s poorest migrants; many of whom came to the country in order to escape horrible levels of poverty in Haiti (which has still not recovered economically from the 2010 hurricane). Unable to pay the application fees, and faced with a complicated application process, these poor migrants now live in uncertainty and anxiety of being woken up in the middle of the night by D.R. police and forced to leave. Many mixed families, cities and villages throughout the country now find themselves living in fear of suddenly being ripped apart.

For those who have not been forcibly expelled, many have started to regard leaving the country of their own volition as their best option. According to government figures, more than 31,000 Haitians have left the country so far, with many carting their belongings over the border in the middle of the night in order to avoid police-mandated expulsion.

For now, however, it seems that pressure placed on the D.R. government by human rights organizations and the international community have been effective in stopping what many feared would be a mass exodus of migrants from the country and a ‘human rights catastrophe.’ However, according to Laurel Fletcher, a human rights professor at University of California, Berkeley, it is now more critical than ever that the United States and international community continue to maintain pressure on the Dominican Republic and scrutinize President Medina’s plans to expel undocumented Haitians from the country. 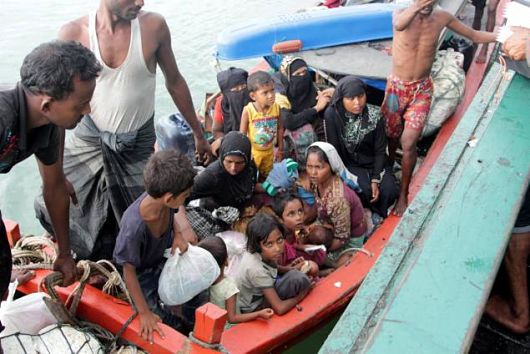 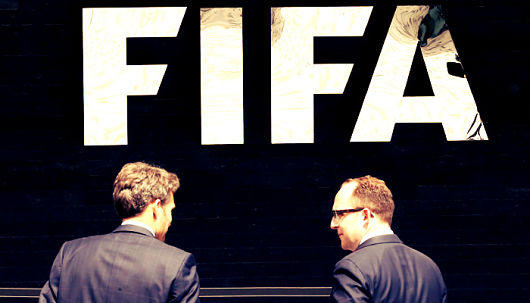 According to a migrant human rights group, a mass deportation policy in Saudi Arabia is counterintuitive and is ultimately harming the nation’s economy.

Migrant Rights reported in its website that “Nitaqat” led to the deportation of more than 800,000 migrants in 2013 and is now putting pressure on companies that play a substantial role in the kingdom’s economy.

“Saudi’s volatile policies against undocumented workers and Nitaqat-incompliant companies not only contravenes migrants’ rights, but have again proven detrimental to Saudi’s economy,” the groups claims.

The fact that many shops are expected to close and that companies have had a difficult time recruiting nationals due to low wages are only two of many unintended consequences of the policy. But many, including economists, have predicted the “adverse economic consequences of Saudi’s nationalization schemes” since before the Nitaqat’s debut in late 2011.

“Both international observers and local employers warned that the rigid imposition of national quotas coupled with mass deportations would debilitate sectors of the Saudi economy and could even lead to a reduction in national employment rates,” claims Migrant Right’s website.

Despite Nitaqat’s having a negative effect on Saudi Arabia’s economy, Migrant Rights is mainly concerned about the challenges the policy forces migrant workers to face. The group asserts that it results in “coercive factors” such as employers wrongly accusing migrants as “huroob” (runaways) so they can hire new workers.

Under the policy, “migrants who escape are considered illegal – they are not entitled to any back pay, and can be fined, indefinitely detained and deported.” However, migrants have already been affected by another system placed within Saudi Arabia prior to Nitaqat.

According to Human Rights Watch (HRW,) many migrants are abused, exploited and even forced work against their will under the kafala system.

“The kafala (sponsorship) system ties migrant workers’ residency permits to “sponsoring” employers, who written consent is required for workers to change employers or exit the country,” claims HRW. However, employers take advantage of the system by stealing the migrants’ passports and forcing them to work without being paid.

Saudi Arabia is home to over nine million migrant workers. For the most part, these workers take on clerical and customer service jobs. They make more than half the kingdom’s workforce.

Migrant workers end up in Saudi Arabia and other gulf nations in order to have the opportunities that their own lands could not provide. If it wishes to help people stemming from impoverished countries as well as its own economy, the Saudi government must put an end to the Nitaqat and Kafala polices.