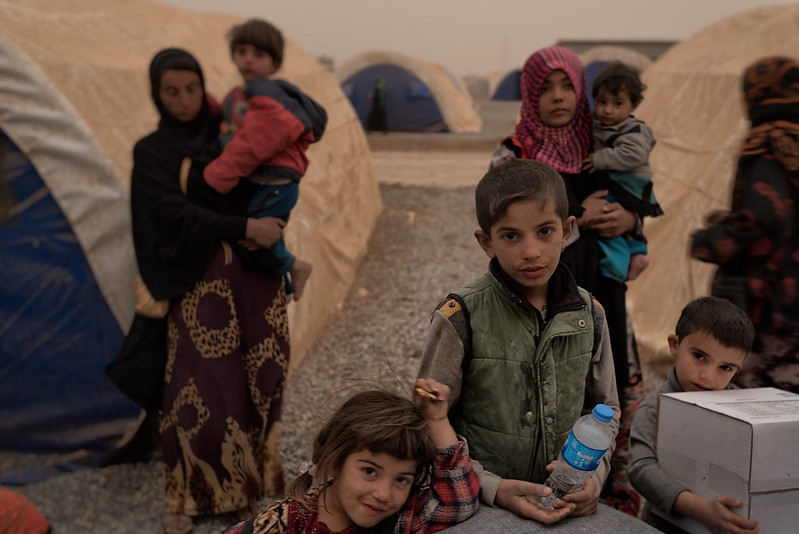 Over the past five years, Greece has struggled to accommodate the thousands of migrants arriving on its borders. Since the beginning of the migration crisis in 2015, over one million migrants have arrived in Greece in order to seek asylum in the European Union (EU). While many have traveled onward to stay in other European countries, large numbers have remained in migrant camps in Greece. The nation has struggled under this pressure.

Greece’s location makes it a prime port of entry for incoming migrants. However, the country has recently been accused of refusing to accommodate refugees due to overcrowded migrant camps. The COVID-19 pandemic has exacerbated this situation, as Greece has struggled to maintain a high standard of sanitation and healthcare within migrant camps. The EU and the United Nations High Commissioner for Refugees (UNHCR) are working to improve the situation and support Greece.

Who Are the Newest Migrants?

The refugees currently arriving to migrant camps in Greece originate from countries in Africa and the Middle East, including Somalia, Libya, Afghanistan, Palestine and Syria. Fleeing war-torn countries, oppressive regimes and extreme poverty, they travel through Turkey and Northern Africa, risking their lives to seek asylum in Europe. Greece has become a hotspot for arrivals since the start of the migration crisis. The nation acts as a European port of entry due to its geographic location near Africa and Turkey.

Turkey also worsened the situation by announcing in March 2020 that Europe is open for asylum seekers and urging migrants to travel to Greece. These declarations came in response to the EU not providing funding for Turkey’s own refugee arrivals. In response to Turkey’s statements, Greece declared that it would not accept illegal immigrants and vowed that it would protect Europe’s external borders. However, Turkey does not qualify as a safe third country and therefore, according to EU law, Greece should not return migrants to Turkey. This situation has increased pressure on Greece to accept and support increasing numbers of migrants. No new deal between Turkey and the EU has been reached yet.

In August 2020, Greece was accused of refusing over 1,000 asylum seekers that arrived from Turkey by sea, turning them away in rafts. Pushbacks at land borders and police brutality have also been reported in the last year. These actions go against the EU’s laws regarding respect for human rights. It also goes against the obligation to not return asylum seekers to dangerous environments. The Greek government denies these allegations, suggesting that Turkey is responsible for conducting a misinformation campaign to diminish Greece’s credibility.

However, credible footage and interviewed victims have recently added to the mounting evidence that Greece is not upholding the standard of human rights required by the EU. To ensure the protection of human rights and those of asylum seekers, the UNHCR is currently investigating reports of Greece’s abandonment of migrants. The organization is also supporting migrants’ rights within migrant camps in Greece.

The COVID-19 pandemic has exacerbated conditions of the thousands of migrants currently located in migrant camps in Greece, on both the mainland and the islands. Greece’s measures have generally been beneficial in controlling the spread of the virus; however, the migrant camps lack specialized sanitation and healthcare and have become increasingly overcrowded since arrivals spiked in early 2020. These circumstances contribute to an environment that is particularly susceptible to the spread of COVID-19.

In response to the pandemic, the Greek government has tightened restrictions on the movement of migrants in camps. Major outbreaks within the camps have been prevented, but some camps, like those in Moria and Lesbos, have confirmed cases of COVID-19 and imposed strict lockdown measures to avoid spreading the virus. The camps are also routinely providing thorough health checks. Furthermore, in an effort to address the overcrowding of migrant camps, officials have been relocating migrants to hotels or apartments, which sometimes reduces the availability of public services.

In Search of Solutions

Greece’s migrant crisis has continued since 2015 and has recently been exacerbated by the COVID-19 crisis, tensions with Turkey and an increase in asylum seekers. Despite the country’s best efforts to control the situation, migrant camps in Greece are under extreme pressure.

In September 2020, UNHCR officials visited Greece to assess the situation and create a plan to help Greece cope, focusing especially on accommodation and the COVID-19 response within migrant camps. The UNHCR is now working with Greek authorities to implement accommodation transitions and cash-based assistance programs. It is also calling upon the EU and its member states to increase their support for Greece through financial assistance and the relocation of asylum-seekers.

Through these measures, Greece’s new and current migrants are receiving support until the EU can provide increased assistance. Solving the migrant crisis in the long-term, however, will require coordinated efforts between the EU, surrounding nations and humanitarian organizations.