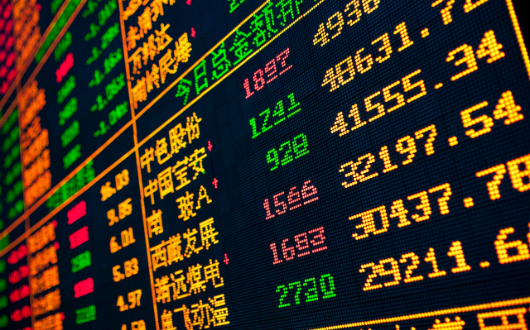 The recent collapse of the Chinese stock markets has been tumultuous. Millions of Chinese middle-class citizens were caught up in the fervor; many of the stock-buyers have been Chinese without high school diplomas. Many observers in the west had feared that the meteoric growth of the stock markets in China was unsustainable. In 2014, the Shanghai Composite Index rose 21 percent in one month alone — a warning sign to many that this type of growth could not continue forever.

Since the beginning of the falling stock prices, at least 3.2 trillion dollars in value has vanished. The bubble was seemingly inflated — in part with government encouragement — with lax policies put in place to encourage further investment in stocks. Many people began to pour savings and accrue debt in order to pump more money in the over-valued stock prices. The government’s role in encouraging the bubble has now led to a loss of face for Chinese leadership and policy makers.

The ramifications of the Chinese stock market collapse could be widespread. A large fraction of the investments made were done not by large businesses or businessmen, but by middle class urbanites and even rural villagers. Much like the housing bubble in 2008, a tremendous loss in assets for middle and lower class Chinese could be hugely detrimental to the country. In light of the fact that the Chinese economy has been attempting to transition into a more consumer-based economy and the slowdown in growth in recent quarters, this financial crisis could be a major setback in China’s economic ambitions for the future.

The loss of value for stocks owned by every-day Chinese citizens means that demand would suffer and begin the cycle into lower economic health and greater uncertainty about the future of the markets. In general, an economic downturn is bad for everyone, from the most impoverished, to the well off. The poor in China will almost certainly suffer more, should the economy take a turn for the worst.

The Chinese Government has taken strong steps towards avoiding a complete collapse in stock prices. Pouring money into the teetering markets, the government is attempting to push back against the tide of sellers and avoid what many consider to be inevitable. Forty percent of stocks have stopped trading in an effort to stop the bleeding prices, but many argue that this is will do little. Market corrections will occur regardless — the bubble has already popped.

The secret is out — the majority of these unsustainably growing stocks belong to companies who are simply not worth even close to the price tag. Many of these Chinese companies have suffered huge blows to their reputation and legitimacy. Stopping trading is more likely than not, a desperate measure to allow for some leeway and time to think. The market is no longer in a psychological craze, and all the freezes will do is delay the inevitable market corrections.

The real question now is, how much value will be lost and how much will this hurt the middle and lower classes in China?