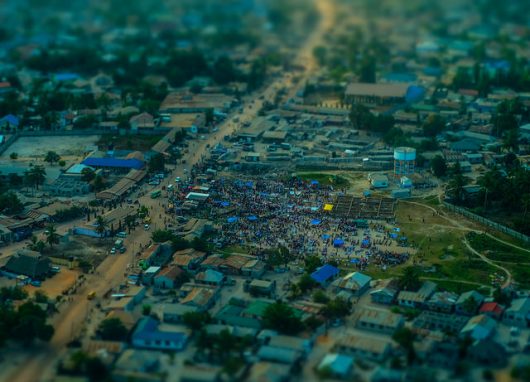 The African country of Tanzania has a population of 53 million people, and it is estimated that around 70 percent of its people live in poverty. Although this constitutes a large amount of their population, the economy is improving and poverty is slowly decreasing. In fact, the economy in Tanzania has vastly improved over the last decade, averaging more than 6 percent growth a year. These improvements have come from many changes within the country.

Advancements in agriculture over the past few years has also helped Tanzania’s improving economy. Agriculture is one of Tanzania’s leading largest contributors to the GDP, at 30 percent, and it makes up 67 percent of the workforce. USAID has been working in Tanzania to help improve their agricultural sector. They have expanded irrigation and provide better access to the market through the reduction of transport costs for equipment and other important agricultural products. Tanzania has now become more competitive in domestic and regional markets.

Tourism is the number one earner of foreign currency in Tanzania. In 2017, the tourism industry in Tanzania was ranked one of the fastest growing sectors in East Africa. From 2015 to 2016, there was a 15 percent increase in the number of tourists that visited Tanzania. This has helped with Tanzania’s improving economy by providing jobs and bringing in revenue to the country. In 2015, $2.9 billion had been earned from tourism, which was greatly increased by 30.4 percent in 2016 to 3.8 billion.

Around 10 percent of Tanzania’s population is a part of a small urban middle class. Although it is a small percentage of the population, it is growing at a steady rate as a direct result of Tanzania’s improving economy. Over the past few years, this group has gained political influence, purchasing power, and started to demand cheaper electricity, imported goods and improved urban social services and infrastructure. This growing middle class has motivated the government to work harder for their demands as well as for improved conditions throughout the country.

Over the past several years there have been many changes and improvements in education in Tanzania. This includes greater access to secondary education for both male and female students. This has had a large impact on Tanzania’s improving economy. Tanzania is one of the only low-income countries that has almost achieved universal access to primary education; however, there are still many obstacles keeping children from getting a good education.

Global Giving is attempting to change the lives of many children in Tanzania by placing technology in their schools to help them master their curriculum. Tanzania’s schools lack all resources, including teachers, which makes it very hard for students to learn, finish school and enter the workforce. Global Giving donates raspberry pi computers that already contain important math and science curriculum, along with tablets, laptops and phones for that can also be used to access the curriculum. Global Giving has improved the quality of education for many students in rural areas in Tanzania, which will improve their quality of life and prepare them to enter into a skilled workforce in their country.

Although there is a lot of work left to be done in reducing poverty and growing the economy of Tanzania, these are some of the important ways that the country has been improving over the past decade. A new government, advancements in agriculture, increasing tourism, a growing middle urban class and reforms in education have all had a positive effect on the economy in Tanzania.