Tag Archive for: Microfinancing in Africa 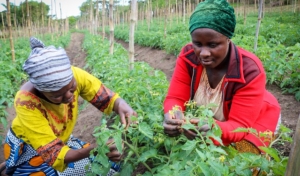 At the turn of the 21st century, new ways of combatting poverty grew in popularity. Microfinancing, a system of banking created by Mohamed Yunus, offers small loans and financial services to those without access to traditional banking means, such as the extremely impoverished and those living in rural villages. Today, many organizations such as Grameen Bank offer microfinancing services across the world. According to The U.N. African Renewal project, most microfinancing clients are in Asia, but the African sector continues to grow. Microfinancing has the potential to transforms the lives of citizens without traditional banking services across the countries of Africa, but the overall effectiveness of this relatively new financial practice is still under hot debate.

The Bright Side of Microfinancing

To proponents of microfinancing practices, the new fiscal theory provides a fresh, grassroots fix to a deeply entrenched problem that requires new solutions. The Grameen Bank, founded by Yunus, still stands by the fiscal theories created by its founder. Microfinancing from Grameen bank is called “Grameencredit” and according to the bank itself, its aim is to help poor families overcome poverty by helping themselves. It is also targeted to help poor women. The premise of microfinancing operates on the idea that with more economic independence, at-risk individuals and communities can become more powerful and self-sufficient against problems such as corruption, poverty, and women’s rights issues. To proponents of microfinance, microfinancing in Africa will allow rural villages and impoverished people to gain economic independence, which will allow them to take advantage of education opportunities and health care services.

Skepticism centers around a lack of concrete data and a distrust of anecdotal evidence. The U.N. finds that current data on microfinancing shows how it can be hard to measure how micro-finance affects poverty. Proponents of microfinance usually rely on case studies and anecdotal evidence. The same UN report also cited that some question the efficacy of microfinance because small businesses don’t contribute much to the economy’s productive capabilities or structural changes. Offering small loans to poor communities will do little to move the needle in terms of a countries gross domestic produce and it won’t address federal or state-level corruption. While offering microfinancing in Africa will help families on a case by case basis, the overall effects on regional or domestic economies have yet to show conclusive evidence of structural change beneficial to the poor.

To combat the shortcomings of microfinance, many institutions that give out micro-finance loans also offer other forms of aid and assistance. The Foundation for International Community Assistance (FINCA) has operated micro-finance operations since the 1980s and continues to do so today. Along with offering traditional banking services to the poor, FINCA also provides other services as well such as mobile banking. According to FINCA financial services are not always available in developing countries, but cellphones are becoming more common. Mobile banking services provide people in rural areas the opportunity to access banking services through FINCA that were previously unavailable. Along with mobile financing options, FINCA also operates banks with “POS [point of sale] terminals equipped with biometric recognition, otherwise known as fingerprint scans. These provide better security for clients accessing their FINCA accounts. Thus, modern technologies improve access to banking institutions while also ensuring secure transactions.

Along with offering baking services that require payment such as loans, FINCA also invests money into local markets in need of attention. FINCA also invests in energy, education and agriculture through FINCA Ventures in Africa. FINCA Ventures operates a specific type of investing called impact investing, where those receiving investment need to meet certain requirements set out by the investing institution. FINCA Ventures invests in startups with clear goals and plans to make a deep social impact and create a customer base using FINCA’s network. Those that FINCA invests in must offer a service that betters a community while also giving them access to FINCA’s banking and investing services. One such company is Amped Innovation, which offers affordable solar energy powered home systems and appliances. By augmenting microfinancing in Africa with other services, FINCA can affect larger systemic issues that traditional microfinancing ignores.

FINCA, as well as other microfinance firms such as Grameen Bank, try to combat the shortcomings of microfinance by offering services and investments that aim at fixing systemic problems in impoverished communities such as infrastructure and banking security. Microfinance is still in its infancy and needs to find solutions to shortcomings of the past. With additional services and time to prove its worth, microfinancing in Africa will be an effective tool in the fight against poverty.