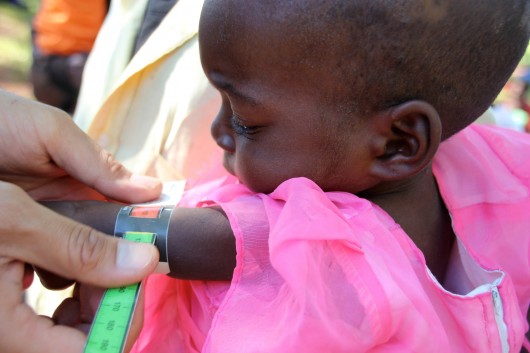 Child malnutrition is the leading cause of death in children under five years old. Some 2.7 million children die annually due to undernourishment. However, promising research coming from the Washington University School of Medicine in St. Louis is raising hopes to change that.

Gordon and Glaser have been studying the connection between gut microbes and the development of children. Child malnutrition is often diagnosed in children with stunted growth and they have found that the gut microbes in these malnourished children resemble microbes of a much younger child.

These findings suggest that the microbes themselves have become stunted. Healthy gut microbes are extremely important to the development of a child’s health. Such microbes contribute to the child’s ability to properly extract the necessary nourishment from their food. Without them, this inability means that even children who have received treatment for malnutrition can continue to have problems in the future.

The first study published in Science and carried out by Laura V. Blanton found that “that malnourished children have defects in this developmental scenario, leaving them with gut microbial communities that look younger than what would be expected based on their chronological ages.”

Charbonneau, again using germ free mice, implanted healthy and malnourished microbes with differing levels of sialic acid. He found that the mice that received sialic acid at comparable levels to healthy mothers breast milk, grew much larger then the mice without it, even though each group of mice received the same diet.

Mice in both studies experienced “improvements in skeletal development and a better metabolic profile in the blood, brain and liver.” The researchers were also able to reproduce these results in germ free piglets, which more accurately reflect the metabolism of a human.

While the conditions of the two studies may not exactly represent natural conditions, microbial interventions in combination with more research could lead to improved treatments and perhaps even a cure. With millions of children and families relieved from the stress of finding their next meal, the globe moves one step closer to eliminating poverty.

Sources: The New York Times, The Source, The Washington Post