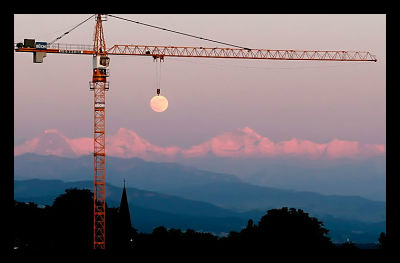 “Buy a Belt–Feed a Family.”  That is the motto of Mission Belt, a company whose co-founder appeared on the critically acclaimed show Shark Tank and scored a deal with fashion mogul Daymond John.

With the simple idea of designing a belt with no holes, emerged a company designed to fight global hunger and poverty. The strategy? Micro-lending.

The company was named Mission Belt because it had one mission–to help people break out of the cycle of poverty.  The company policy is to donate 100 percent of one dollar from every Mission Belt sold. According to company statistics, the dollar they donate often represents 20 percent or more of their profit. They work with a “non-profit, peer-to-peer ‘micro-lending’ organization” called Kiva, which distributes money in the form of $25 micro loans to people in the developing world.

One dollar goes a long way in this case, because when the borrowers repay their loans, those funds can be lent out over and over.

“We like to think of it as corporate responsibility to give something back. We feel strongly about the work we do, and the contributions to this micro-loans have meant the world to so many people around the world.”

Nate Holzapfel, co-founder of Mission Belt Co., is a regular contributor to the Huffington Post online and recently wrote an article about his thoughts on the secret to life. He says that helping others is what has been the secret to his success personally, financially and emotionally. “Realization of ourselves and our humanity is the key to empathy, which is essential if you want to truly be happy.”

It is not uncommon to see U.S. companies engaging in corporate giving on a large scale. In a 2011 survey carried out by The Chronicle of Philanthropy magazine, data revealed that in 2010, total cash donations by 180 of the nation’s largest companies were $4.9 billion.

Among the top companies listed was the supermarket Kroger, which created a loyalty program where 2-5 percent of a shopper’s bill would be donated to a community group of the shopper’s choice. Wal-Mart Stores also topped the list, with an announcement of a $2 billion five-year strategy to fight hunger.

Goldman Sachs was also recognized, despite criticism remaining surrounding its generosity in light of the liquidity crisis. It was among the companies who donated the most cash in 2010, and is also known for a project called “10,000 Women,” a five-year investment which provides female entrepreneurs in the developing world with a business and management education.