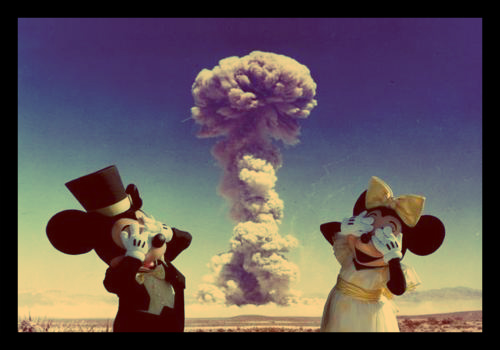 For years, Greenpeace has worked to protect the environment and wildlife, and just recently, it seems that they have made a major breakthrough: with the help of Disney and others, the historic Mickey Mouse has saved the rain forest.

As a strategy for creating consumer awareness about the perils of big-business and their detrimental impact on the environment, Greenpeace will show how big brands are supporting destructive practices through their affiliates and suppliers. For a long time, they were trying to stop Asia Pulp and Paper Company (APP) from destroying the habitats of the orangutans and Sumatran tigers but were getting nowhere. In a change of plan, they hired actors to dress up as Minnie and Mickey Mouse and lock themselves to Walt Disney’s headquarters, flying a banner that read “Disney is destroying Indonesia’s rain forests.”

After immense pressure from its customer base, the combined forces of Mattel and McDonald’s, and eighteen months of negotiations, Disney issued new standards requiring that all paper they, its suppliers, and its licensees use, would now be sustainably sourced. Dozens of major paper-consuming companies followed and APP found itself unable to do business with much of the European and U.S. markets. So, APP then announced in February that it would also “go green.” They promised to no longer use any wood coming from natural forests.

After their announcement, nine of the top 10 US publishers, including Harper Collins, have adopted similar standards. “I think this will stand as one of the biggest market-based campaign successes that we’ve seen in a long time,” says Laurel Sutherlin of the Rainforest Action Network. “We’re still a little bit stunned.”