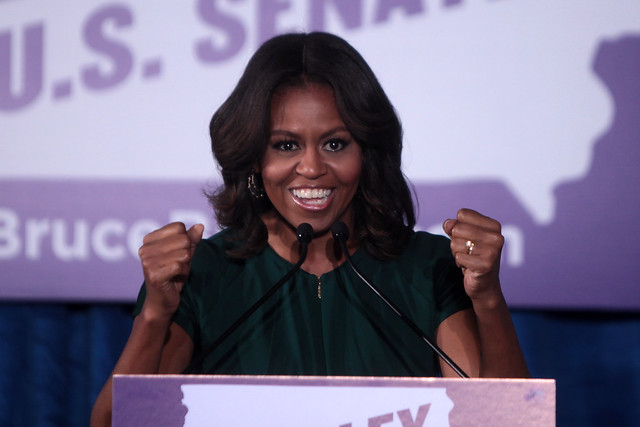 Former First Lady Michelle Obama has dedicated her life to her own education and the education of others. From growing up in the slums of Chicago, to going to Princeton University, Obama’s hardwork and determination is truly inspiring.

After her time at Princeton, Obama traveled back to Chicago to work with the mayor as an assistant. Then, in 1993, she became the exclusive director for the Chicago office of Public Allies, a non-profit organization that helps young people develop leadership skills. Her resume is extensive and includes many different titles, but Obama has kept one thing consistent: her desire to better the lives of children.

Whenever she is giving a speech, Obama makes a point to speak about education and giving back to the community. These Michelle Obama Quotes demonstrate her commitment to focusing attention on the issue of girls’ education around the world.

These Michelle Obama quotes encapsulate who she is, before and after being in the White House. Her work to better the education of girls all around the world is ambitious but doable. Obama gives everyone hope that making education available to girls everywhere is achievable. By using her platform and her personal story to promote girls education worldwide, Obama continues to uplift and drive girls and women all over the world.