In 1985, Michael Jackson and Lionel Richie joined forces to write a song titled, “We are the World.” The hope was for the song to highlight the poverty crisis in Africa and generate much needed aid for the country. The song brought many artists together for a cause and actually created a legacy for other artists to follow.

Michael Jackson and Lionel Richie jumped all in when it came to creating, “We are the world.” The duo handled long nights and experienced emotions of sadness and empathy during the process.

The idea behind the song came from Harry Belafonte and Ken Kragen. Belafonte a long time human rights activist wanted deeply to help the starving people of Africa, more specifically Ethiopia. At the time, Ethiopia lost over 1 million people to famine from 1983 – 1985.

Belafonte’s dream was to not only help poverty stricken Africa, but to help end hunger in the U.S. as well. The long time activists had heard of a charity song created in the UK that had great success in generating aid for Africa, thus sparking the idea for the project.

The sales for the album were shocking. Less than a week after the release the entire 800,000 copies available were sold.

The single also remained number 1 on many billboard charts for weeks and received multi-platinum status. It is said that “We are the world” is the bestselling single of all time. Over 50 musicians and artists worked on the song. Some artists include Stevie Wonder, Diana Ross, Bob Dylan, Tina Turner, Willie Nelson, and many others.

In total, over 63 million dollars through album and merchandise sales were made. It was agreed that 90 percent of these sales would go toward relief for Africa and 10 percent would stay in the U.S. Half of the money allocated for Africa went to emergency aid relief, such as ready-made food. The remainder went toward funding programs that would create lasting change for the country.

Thus far over 70 projects have been created in 7 countries around Africa. These projects help in areas of agriculture, fishing, water management, manufacturing and reforestation. The 10 percent set aside for the U.S. helped with hunger relief and homelessness.

Michael Jackson and the many other involved with the production of We are the World, sparked a legacy for other artists to maintain. In 2010, artists gathered to create another song for charity to raise funds for Haiti after a devastating earthquake left thousands dead and injured. The song was called “We are the World 25 for Haiti.”

The song’s lyrics from the original, “We are the World,” were revised and a rap section highlighting Haiti’s tragedy was added. Artists were able to raise money for the thousands of wounded and displaced citizens.

We are the World will continue to represent the coming together of humanity to create change for a better world. The continuation of humanitarian efforts such as this will ensure that countries faced with tragedy, whether it is disease, famine, or destruction will continue to be supported. 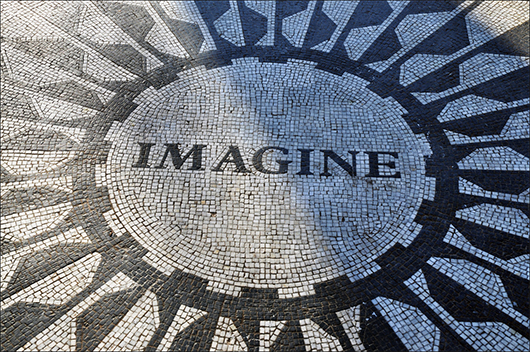 Music has the power to spread messages and awareness. Even further, music has the ability to capture emotions and leave the listener with a particular feeling. Below are lyrics from seven songs that call for hope and love and dream of an ideal and peaceful world.

1. “The colors of the rainbow, so pretty in the sky,
Are also on the faces of people going by.
I see friends shaking hands, sayin’ “How do you do?”
They’re really sayin’ “I love you.”
I hear babies cryin’. I watch them grow.
They’ll learn much more than I’ll ever know
And I think to myself
What a wonderful world.”

-(What a) Wonderful World by Louis Armstrong

2. “Imagine there’s no countries
It isn’t hard to do
Nothing to kill or die for
And no religion too
Imagine all the people
Living life in peace…
You may say I’m a dreamer
But I’m not the only one
I hope someday you’ll join us
And the world will be as one.”

-Over the Rainbow performed by Judy Garland

4. “We could fly so high, let our spirits never die
In my heart I feel you are all my brothers
Create a world with no fear
Together we cry happy tears
See the nations turn their swords into plowshares
We could really get there
If you cared enough for the living
Make a little space
To make a better place
Heal the world.”

– Heal the World by Michael Jackson

5. “We are the world, we are the children
We are the ones who make a brighter day
So let’s start giving
There’s a choice we’re making
We’re saving our own lives
It’s true, we’ll make a better day
Just you and me.”

6. “We’re begging save the children
The little ones who just don’t understand
Give them a chance to breed their young
And help purify the land
People please hear us (people please hear us)
Through our voice the world knows
There’s no choice.”

-We Got To Have Peace by Curtis Mayfield

-When You Believe performed by Whitney Houston and Mariah Carey 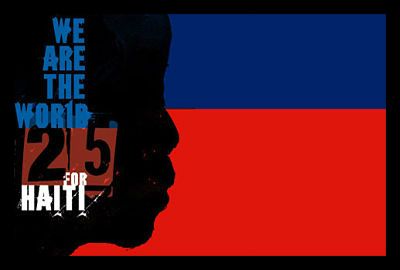 Legendary pop king Michael Jackson has been dead for the past five years, but the sentiment of his charity single “We are the World” rings on brightly and truly. The charity single was originally composed by Michael Jackson and Lionel Richie and performed by USA for Africa to promote humanitarian efforts against famine in Africa.

Since its release in 1985, the globally-successful super-hit single has gone on to sell over 20 million copies, raising over $63 million for charity and has gleaned three Grammy Awards, an honor regarded as the highest accomplishment in the American music industry.

Following its original release, venerated artists have continued to remake the single. For instance, preserving the benevolence and enthusiasm of the original recording, over eighty artists, including the likes of Justin Bieber and Janet Jackson, participated in recording “We Are the World 25 for Haiti” in 2010 following the devastating magnitude 7.0 earthquake in Haiti. In the months after the earthquake, Haitians scrambled to recover from the widespread mutilation of their homeland.

According to the Disasters Emergency Committee, as a result of the earthquake, 220,000 lives had been lost, 1.5 million civilians lost their homes, and over 19 million meters of debris, a vast enough amount to stretch from London to Beirut, was scattered through Port-au-Prince, the Haitian capital. In response, artists featured on “We are the World 25 for Haiti” rallied together, forgoing royalties, in order to raise money for aid in Haiti. Although the single received largely negative reviews from critics, it was commercially successful, debuting at number two on the Billboard Hot 100.

Despite the efforts of “We are the World” remake, nearly four years after the earthquake in Haiti, recovery remains slow, with many spectating that relief organizations themselves have misused the aid money. However, progress, albeit timely, has indeed taken place. For instance, the United Nations has pledged to donate $2.2 billion to protect Haitians against cholera, while the Red Cross has donated nearly all of its $486 million in donations to help rebuild the nation.

Although critics allege that most relief efforts that have taken place in Haiti only tackle superficial problems rather than healing more inherent, complex issues that require more than mere repair of infrastructure and clean-up of debris, with donations and international support, Haiti continues to rebuild and recover from the destruction wrought by the 2010 earthquake. As long as people around the globe spread the message of “We Are the World,” Haiti, along with other countries affected by natural disasters, will be able to mend and flourish.