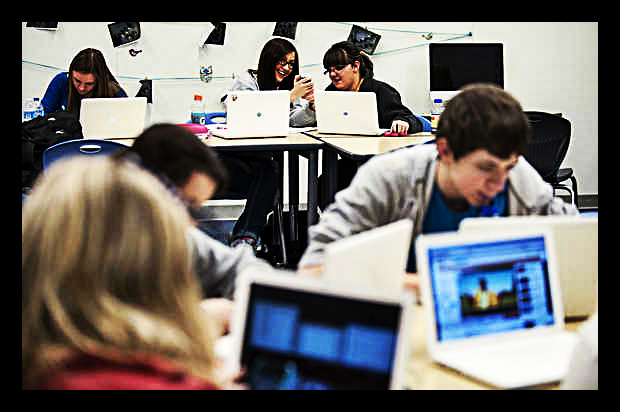 The U.S. might lose its leading role as a foreign aid donor, allowing the United Arab Emirates to take over. Two weeks after a city in Missouri experienced a terrible tornado that left 161 people dead, the U.A.E. stepped in to see what the city needed.

According to The Seattle Times, “six schools, including the city’s sole high school, had been destroyed in the May 2011 disaster.” Although insurance would cover the new building constructions, damaged and destroyed books still have to be replaced. A staffer from the U.A.E. Embassy called the public school district in an effort to help them, and he wanted to “think big.”

For Joplin High School, thinking big meant a computer for each student.  Each student now has a MacBook, courtesy of the U.A.E. The next step was for the U.A.E. to spend $5 million to build a “neonatal intensive-care unit at Mercy Hospital,” which was badly affected by the tornado.

Such a generous act by the U.A.E. is also serving to better present its international image after a 2006 controversy in Dubai; a firm wanted to take over and manage 6 U.S. ports which caused major congressional opposition.

In regards to Joplin High, the U.A.E responded after the Crown Prince of Abu Dhabi saw the tornado’s effects on the city on CNN. Had the embassy not stepped in when it had, the school system would not have been able to open by its promised date, and families would have needed to find other arrangements for their children’s education.

The U.A.E.’s involvement marks a shift in foreign aid power as the Arab world competes with the West in an effort to help those less fortunate in providing aid to poor communities and those who are in need in general.

After the longest time of the U.S. being the major financial contributor to tackle global needs, donations from other nations such as China, India, and oil-rich Gulf countries, are now rising up to the global economic plate. The U.A.E has also provided funds to create durable soccer turfs, ones that can withstand all kinds of weather conditions, in low-income areas of New York, Miami, Los Angeles, and Chicago.

Generally speaking, the Gulf countries’ direct involvement with the global philanthropic economy not only plays in their favor of creating a better international image, but it also establishes them as strong international actors that genuinely care about the world’s state of being.