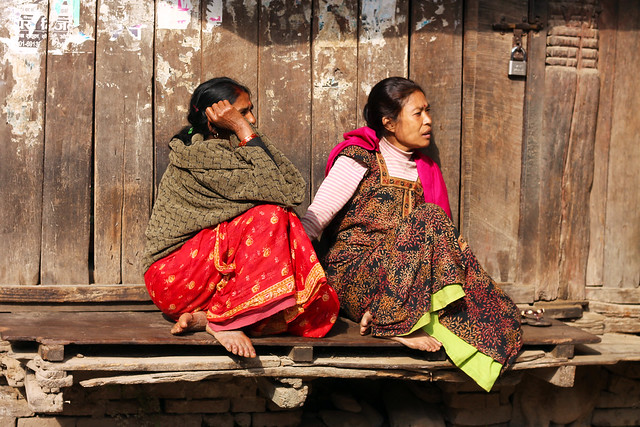 Earlier this year, 35-year-old Amba Bohara and her two children were found dead in a cowshed in Nepal. Because she was menstruating, she and her sons could not stay in their home. They were forced to sleep in a shed in freezing Himilayan weather. Smoke inhalation is the suspected reason that all three died in their sleep. Unfortunately, this is not an uncommon occurrence. Roughly 70 percent of Nepalese women living in agricultural communities face exile while on their periods.

A Culture of Menstrual Shaming

In Nepal, culture considers women to be impure and unlucky when they are menstruating. Due to stigma, they are often banished from their homes during their periods and confined in small huts made of mud or rock. Unfortunately, many of these women often die from smoke inhalation, animal bites or the cold Himalayan winters. Combating menstrual shaming in Nepal is vital in reducing danger and improving the lives of women.

Not only is this practice dangerous for women, but it is also an expression of overt discrimination and patriarchal control. Culture teaches girls that they are dirty and inferior. As a result, this compromises their basic agency and equality.

Because of the stigma, there is also a lack of basic access to sanitation facilities in public institutions, work and schools throughout the country. Sanitary hygiene products are often too costly or inaccessible for those in more rural areas. Vulnerable women have access to unhygienic materials and methods that put their health at serious risk. Infection can lead to painful disorders such as endometriosis and dysmenorrhea, which can also affect fertility.

Additionally, educational success is difficult for adolescent girls to attain. As much as 90 percent of girls throughout the country are forced to miss school for 3-4 days of the month during their periods because of restrictions on mobility or social exclusion.

A law criminalizing Chhaupadi (the practice in which women are banished from the home during menstruation and childbirth) was enacted in 2017. Anyone forcing a woman to leave is liable to three months in jail. Criminalization has largely eradicated the practice in some districts, but it is still common in others.

Although the law is a step in the right direction, more effort is needed to rid Nepal of the practice completely. Chhaupadi deep-rooted in Hindu scriptures and women’s rights activists argue that laws alone will not change such beliefs. Instead, Nepal needs to empower women with knowledge about menstrual health.

In a few Nepalese districts, there has been further progress in enforcing the laws. For example, village councils in Dadeldhura have started taking away governmental rights. For example, birth certifications and financial services are available to families that have a menstruation hut or do not send their daughters to school during their periods. Decreasing numbers of menstrual huts in these districts prove it to be an effective way to combat menstrual shaming in Nepal.

At the MenstruAction conference in Kathmandu in December of 2018, local experts and organizations worked towards challenging stigmas and reducing discrimination. Some examples of organizations fighting against cultural taboos are:

Meanwhile, the U.N. Trust Fund is working in partnership with Restless Development Nepal to educate communities and dispel some of the myths related to menstruation. The U.N. Population Fund is also improving the situation in Nepal by distributing “dignity kits” containing menstrual hygiene products to communities in need. Together, these forms of assistance are slowly increasing awareness and accessibility throughout Nepal.

With the combined help of experts and organizations, menstrual shaming in Nepal has decreased greatly since its criminalization in 2017. In order to promote more change, the government must engage with activists and work to further enforce penalties.