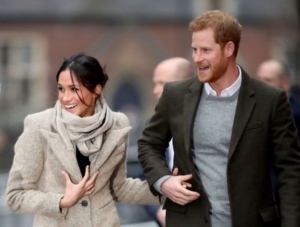 Prince Harry and Meghan Markle, England’s Duke and Duchess of Sussex, are frequently in the news for their stance against paparazzi and their decision to step back from the British Royal Family in early 2020. But behind the scenes, this famous couple advocates for various matters. Prince Harry and Meghan Markle’s global activism expands beyond their home countries of the United States and the United Kingdom. They are frequent vocal supporters of global poverty issues, particularly those that affect children.

Meghan Markle’s Activism Before Becoming the Duchess of Sussex

Prior to her marriage to Prince Harry in 2018, Meghan Markle was an outspoken advocate of gender equality in developing countries. She became a U.N. Women’s Advocate for Women’s Political Participation and Leadership in 2015. The following year, Markle traveled to Rwanda and India as an ambassador for World Vision. World Vision is an organization that fights global poverty in children. The experience inspired her to write an op-ed in Time magazine about the effect stigma around menstruation can have on a girl’s future.

When she married Prince Harry and became a member of the royal family, Markle stepped down from these roles. However, this does not mean she stopped being a voice for those in need. Now, Harry and Meghan’s activism has launched programs and supported charities around the globe that fight to eradicate global poverty. Additionally, they inspire fans of the royals to become advocates themselves.

Their Trips and Projects in Africa

Prince Harry and Meghan Markle, along with their young son Archie, took a 10-day tour of Africa. They visited South Africa, Botswana, Angola and Malawi in late September and early October of 2019. While there, the couple announced a variety of projects, including protecting forests, investing in technology and ridding the land of dangerous landmines. The Duchess of Sussex additionally announced grants and scholarships from the Association of Commonwealth Universities. This is an international organization that supports higher education and supports African girls in their journey to university and beyond.

During this same trip, Harry and Meghan met with members of the Campaign for Female Education (CAMFED) Association. CAMFED is a group of women advocating for girls’ education and global poverty issues throughout Africa. The royal couple used their platform to support these women. In addition, they shared their work with their 10 million Instagram followers.

This was not the first time that Prince Harry and Meghan Markle’s global activism could be seen on their social media accounts. In August of 2019, the official Instagram account for the pair, @sussexroyal, began a series entitled ‘Forces for Change.’ They highlighted 15 organizations that they found inspiring or noteworthy. These organizations include Children International and Plan International United Kingdom. These two groups care and advocate for children living under the poverty line around the world. The simple act of sharing these organizations online spread awareness of the fight against global poverty. It also prompted followers of the Duke and Duchess to support these incredibly important causes.

Prince Harry and Meghan Markle’s global activism continues to inspire their followers and motivates them to take action just as the couple has done time and time again. In April of 2019, weeks before the birth of baby Archie, thousands of fans of the royal family donated to Meghan Markle’s favorite charities as a baby shower gift in what’s now known as the ‘Global Sussex Baby Shower.’ One of these charities is the aforementioned CAMFED. Additionally, this money directly supported global poverty and girls’ education initiatives in Africa.

In April of 2020, the couple announced their new non-profit: Archewell. However, the COVID-19 pandemic has stalled their plans to launch the organization. Once it launches, we can be sure that Prince Harry and Meghan Markle will continue the global activism that has defined their two years as the Duke and Duchess of Sussex. 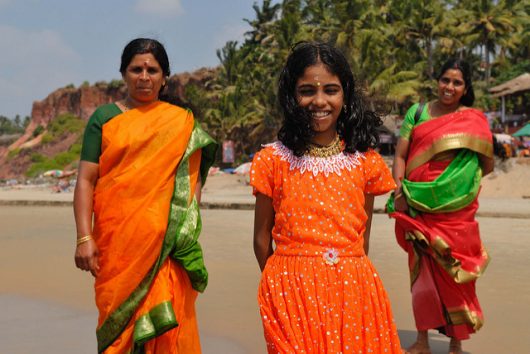 The Myna Mahila Foundation is an NGO that was founded by Suhani Jalota in 2015 during her studies at Duke University. The organization’s goal is to create a social enterprise that can improve women’s access to menstrual healthcare.

In India, 23 million girls drop out of school early because they begin menstruating. The Myna Mahila Foundation aims to address this problem of girls missing school and limiting their potential because of their periods. The foundation has recently gained global attention due to high involvement with Meghan Markle, the Duchess of Sussex. The following are 10 facts about the Myna Mahila foundation that everyone should know.

10 Facts About the Myna Mahila Foundation

These important facts about the Myna Mahila Foundation reveal the organization’s enormous impact on Indian women and on the issue of menstrual hygiene. The organization is expanding beyond its original goal, changing lives with education and work opportunities and improving the way women feel about their bodies.