Tag Archive for: Medicine for Mali 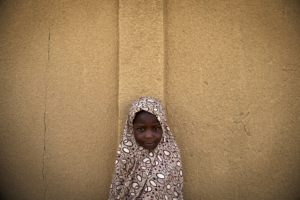 Mali is a nation that has had both ups and downs in recent decades where public health is concerned. Food and waterborne diseases are particularly problematic within the country. The degree of risk for attracting some sort of major illness or infection within Mali is very high. Among the top 10 causes of death in Mali are neonatal disorders, malaria, malnutrition and lower respiratory infections. Many of the issues surrounding public health in Mali largely correlate with access to food and clean drinking water.

The CDC has been working in a close partnership with the country since 1996 in an effort to provide aid for public health in Mali. A CDC epidemiologist first began working with Mali on stopping diseases like smallpox and measles. However, its mission within the nation’s borders has expanded. One goal of the CDC’s current partnership with the nation is to improve public health in Mali. The CDC is expanding access to solutions for vaccine-preventable illnesses and other leading causes of death. Another goal is strengthening the country’s laboratory and workforce capacity to help it be more prepared for disease outbreaks.

Despite some serious achievements within the health sector of the country, public health in Mali still remains one of the largest concerns within its borders. The newest strategy under the U.S. Agency for International Development focuses heavily on development within the region in several different ways. It prioritizes the comprehensive packaging of high-impact health services at the community level and pushes for making said necessary health initiatives accessible to those who need it the most. Additionally, the organization supports the goals of the U.S. Government Global Health Initiative. The organization is continuously looking for ways to improve public health by making effective, quality health services to Mali’s citizens.

Even more specifically, Mali and initiatives must give special attention to mothers and children within the country as part of any approach to improving public health in Mali. Some organizations prioritize this above all else, like Mali Health. Its approach focuses on promoting financial health and stability. Mali Health removes financial barriers that stand in the way for many citizens of Mali. The thinking behind this approach is that with fewer financial barriers posing as obstacles for mothers, they will be able to seek out medical care for themselves and their children easier than it may have been previously to do so. Approaching public health in Mali primarily by tackling issues that heavily affect mothers and children first is an intuitive idea. Doing so means that healthier mothers are able to raise healthier children. The children will live and thrive past the years where certain illnesses can be particularly deadly. In addition, when more children survive and thrive, it leads to successes in Mali’s workforce, population growth and economic growth.

Another integral approach to solving the issues which plague public health in Mali is one that focuses primarily on clean water. Diarrheal diseases are especially lethal and often emerge out of a lack of access to clean and safe drinking water. One nonprofit organization, Medicine for Mali, has drilled 28 clean water wells within the country in hopes of providing cleaner water to its citizens. Solar even powers some of these wells and the organization has provided training within the villages it services so that users know how to maintain and repair the wells. It is through organizations like these that profound impacts are visible on public health in Mali. The implementation of health services and wells can change the lives of thousands of people all at once. This sparks a movement to help a nation on its path to growth.

Like many other countries, Mali still needs improvement in order to become substantially healthier. Public health in Mali still faces many issues. The real challenge lies in ensuring that clean drinking water, necessary medications and vaccinations and preventive health services are accessible throughout the country. The country should undoubtedly achieve this through the combined efforts of nonprofit organizations, its government, its citizens and foreign aid agencies in the U.S.