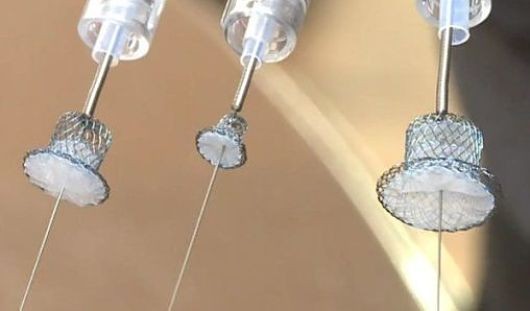 A group of indigenous women in Bolivia has come together to form a new kind of knitting club. Instead of the typical woolen hat or sweater, they are weaving thin elastic metal into small plugs that are used to block hearts that can cause health problems in children.

Patent ductus arteriosus, or PDA, is a medical condition that occurs when a major blood vessel used to transfer blood from a mother to fetus in the womb does not close after birth. If a baby’s vessel does not naturally heal, it can leave a hole in their heart that causes irregular blood flow. PDA is twice as common in girls as it is in boys and is significantly more likely to occur in premature babies.

If the condition is mild, a baby can survive, and in some cases live, without symptoms. However, in countries with high altitudes — such as Bolivia — the condition is almost 10 times more frequent. Bolivia has one of the highest child mortality rates in the world and is one of the poorest countries in South America. There is a clear correlation between high infant mortality rates and poverty: in the past decade, U.S. federal health officials have released studies that show that infant mortality rates are 60 percent higher among women living below the poverty line. The mortality gap between rich and poor countries is, at least in part, created by the lack of adequate health care for people living in poverty-stricken countries.

PDA is generally treated with medicines or surgery. However, in poor or rural communities, it can be difficult to find the necessary medication or a clinic capable of safely performing the procedure. An alternate treatment is needed for patients who suffer from PDA but cannot afford the traditional treatment route.

This is where the Nit Occlud device comes in. Created by Dr. Franz Freudenthal, an Occluder is a tiny metal top hat-shaped device that can be inserted into the body through a catheter. The Occluder is folded so it is small enough to travel through a patient’s blood vessel until it reaches their heart. Once it finds the hole in the heart, it expands to its original size and shape and fills the hole, allowing the heart to function properly.

Dr. Freudenthal’s solution to PDA allows patients to avoid seeking expensive medication or complicated surgeries because it is cheap and accessible. With the help of individuals like the women in the Bolivian knitting group, Occluders can be made locally at a low cost by utilizing a skill already available within the community.

Medical solutions that are viable in poor countries are particularly valuable because patients living in those countries are more likely to face barriers to receiving treatment. Dr. Freudenthal’s Occluder is a wonderful example of how innovative treatments are making a difference in the lives of patients, not only in Bolivia but around the world.