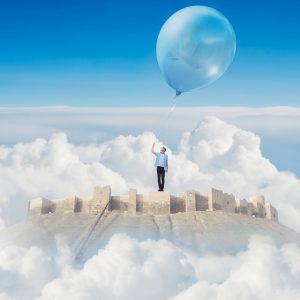 Amber Heard is a model and actress who has dedicated her career to being more than just a “pretty face.” She is best known for her roles in Zombieland (2009), The Stepfather (2009) and The Danish Girl (2015). Heard was also featured in The Justice League (2017) as Mera, a role which she will be reprising in the upcoming Aquaman film.

The actress has always been a strong advocate for the importance of charity work and helping those who are in need. Now, through a lot of time and dedication, Amber Heard is helping Syrian refugees that need medical attention by partnering with The Syrian American Medical Society (SAMS).

SAMS is an organization that provides medical relief to Syrian refugees by working on the front lines. The non-governmental organization (NGO) prides itself on being one of the most active and trusted organizations on the ground in Syria. Its main goal is to provide medical care to every patient who needs it.

SAMS is dedicated to providing these medical services all while promoting medical education in Syria with the assistance of hard-working humanitarians from around the globe. Its vision is to strengthen the medical community for Syria’s future. In 2017 alone, SAMS worked to provide more than 3.5 million health services to vulnerable populations, serving patients regardless of religious affiliation, race, ethnicity or political affiliation.

SAMS primarily operates in Syria, Jordan, Lebanon and Turkey where it has provided support to 110 medical facilities and over 3,000 personnel. Now, its programs are quickly expanding to other countries that are facing extreme poverty. For example, in 2016, it launched SAMS Global Response (SGR) to address the medical needs of vulnerable populations in Greece.

In 2017, SAMS expanded its operation to Egypt and Bangladesh where it set up to meet the increasing medical needs of those who have no access to health care. SAMS does what is called “medical missions” where it brings in skilled health professionals from around the world to provide life-saving care free of charge.

SAMS is a leader for advocacy and works closely with policymakers both within the United States and on the global level. It advocates increasing political action to help end the crisis in Syria and allow for the voices of its workers on the ground who continue to risk their safety to save the lives of the vulnerable. It advocates for:

SAMS asked Amber Heard to join its crew on a medical mission to help assist with the 660,000 displaced Syrians in a camp. “My biggest takeaway from this trip is the indelible mark left on my soul after spending a week on the ground here…” Heard spent a week in Jordan with SAMS to visit one of the largest camps for Syrian refugees, which also doubles as a rehabilitation center for those who have been injured.

Amber Heard is helping Syrian refugees by starting a fundraising campaign. During her trip to Jordan, Heard met a 12-year-old girl named Weam, who is in desperate need of medical assistance. She suffers from a disease called thalassemia, which means she needs blood transfusions every 20 days. This is an expense her family simply cannot afford. Weam had been receiving treatments from an NGO; unfortunately, due to budget cuts, the treatment had to stop. There are 12 more children that have to live with this disease who also need help.

Amber Heard is helping Syrian refugees by partnering with SAMS to offer a trip to the Aquaman premiere as well as a meet and greet with Heard and her co-star Jason Momoa. The money raised will be used to help treat the 12 children suffering from thalassemia in Jordan.

Amber Heard is using her influence to raise awareness of the important work being done by SAMS. With her fundraiser, 12 children will get the blood transfusions they need to fight thalassemia. Medical attention for Syrian refugees is an important cause, and thanks to people like Amber Heard and organization like SAMS, some of the suffering that these refugees are experiencing can be lessened.