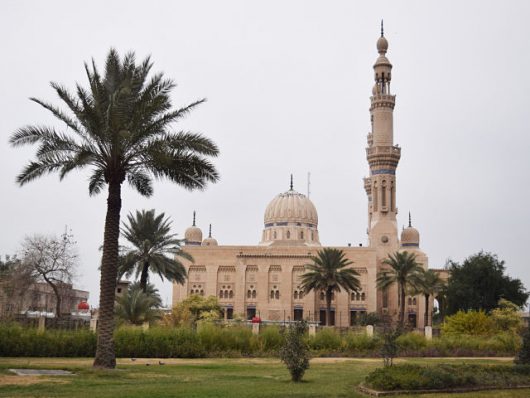 For more than a decade, Iraq has generated a lot of coverage across international news outlets. A large portion of this coverage continues to focus on the perilous security situation which continues to plague the country. Furthermore, extremist activities such as suicide bombings and other forms of armed conflict remain in the spotlight. Although these issues do exist, the media misrepresents Iraq by omitting its positive progress.

In general, Iraq is viewed as a massive military blunder on the part of the United States and coalition forces. It is argued that after the removal of the brutal dictatorship of Saddam Hussein, the country further devolved into armed conflict among different factions, particularly ISIS and al-Qaida, who have continued to perpetuate violent activities in the region. In addition, increasing tensions between Kurdish forces and the Iraqi government are also highlighted.

While it is true that Iraq’s economy, infrastructure and civilian population has been devastated by violence, there is reason for hope. Following the removal of Saddam Hussein, Iraq created the Council of Representatives (COR), a newly elected 275-member parliament. For the first time in more than half a decade, Iraq would have a democratically elected body. In April 2014, Iraq further expanded the COR to 328 members through a national legislative election. Also, the Iraqi people witnessed a peaceful transition of power from former Prime Minister Nuri al-Maliki to new Prime Minister Haydar al-Abadi.

On June 10, 2014, The Washington Post reported that ISIS insurgents seized the Iraqi city of Mosul, leading to a retreat of Iraq’s security forces. Much of the coverage afterward would continue to focus on the atrocities carried out by ISIS in Iraq and Syria. In December 2017, the Iraqi government formally announced the defeat of ISIS in Mosul and other urban strongholds across the region. ISIS’ defeat is a major step in the stabilization of the current security situation in Iraq.

The media’s continued coverage of major security issues is another way in which the media misrepresents Iraq. The current focus fails to recognize the positive changes Iraq has seen in multiple areas. For example, the mortality rate for children under five years of age has dropped by 23 percent since 2000.

Currently, oil refineries make up 90 percent of Iraq’s exports in the global economy. Recognizing this trend, the Iraqi government has signed major contracts with large companies in the petroleum industry. In an effort to seek foreign investment, Iraq has also begun to initiate sweeping institutional and economic reforms across the country. However, reporting on Iraq’s current economic status has been largely negative due to continued armed conflict. This is another way in which the media misrepresents Iraq.

To aid in rebuilding Iraq’s infrastructure and bolster economic growth, the U.S. and other countries have pledged a $30 billion line of credit for the country. In addition, Iraq is slated to receive roughly $199 million in foreign assistance from the U.S. for FY 2019. Continued foreign aid and an extended line of credit are essential for progress in the war-torn country.

Iraq’s current status is often viewed negatively. Misrepresentation by the media overlooks many of the positive things Iraq has accomplished in recent years. These achievements provide a glance into a much brighter future for the country, one in which Iraqi citizens can experience a higher quality of life and greater economic opportunities.