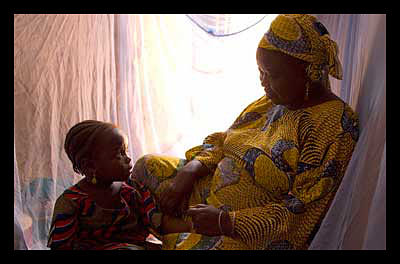 How prevalent is anemia in children and women? Is there a good vaccine against malaria available where it’s needed the most? What are the consequences of domestic violence? And what are some complications resulting from second-hand smoke?

Seeking to provide accurate answers to these, and many other questions of similar nature, MEASURE DHS (Monitoring and Evaluation to Assess and Use Results of Demographic and Health Surveys) is a comprehensive database which employs a wide variety of household surveys and evaluation methods around the globe.

There are over 300 survey templates spread across more than 90 countries. Complementing the survey results, biological markers and GPS data are often collected together with the survey questions for maximum accuracy. Through an online platform called STATcompiler, DHS results are viewable in scatter plots, charts and maps – these are all sorted by indicator and year.

The purpose of DHS is not solely to collect and catalogue, though. Evaluating valuable statistics on disease, fertility and nutrition is crucial to solving global issues within those, and other categories.

Two kinds of surveys are utilized to ensure the most precise measuring data technique: standard and interim. The former is conducted at circa five-year intervals to allow for comparison over time, and the latter deals with key performance monitoring. Although both types are nationally representative, sample sizes for standard surveys tend to be much larger than interim.

Started in 1984 by ICF International and funded by the U.S. Agency for International Development (USAID), data collected by DHS is used for planning new programs in host countries and policy formation. Developing countries are specifically targeted in this long-running project, and many of the findings are published online.

For instance, an interesting trend has recently been discovered that seems to disprove the common misconception that HIV affects impoverished communities most: factually, HIV-afflicted citizens of many of the countries surveyed have a tendency to belong to the wealthiest families.

MEASURE DHS is open to communicating with the media for coverage of results and promotion of new survey distributions; this way, it becomes possible to reach as many people as possible and collect an accurately representative sample.

When new information comes to light and is indicative of a desired policy change, MEASURE DHS often forms partnerships with other organizations in order to help understand and get the most out of the results and develop new, effective programs as a response. For example, after the 2003-2004 Tanzania HIV Indicator Survey, MEASURE DHS developed a curriculum which aided hundreds of professionals in their work with AIDS/HIV, and worked together with Pathfinder, Pact Inc., and the Tanzania Commission on AIDS.

Together, they organized new training for staff working with HIV/AIDS, which lasted for three days and provided valuable insight for the future of AIDS studies, both on location and in the U.S.

Overall, MEASURE DHS provides essential data from the past few decades which supports and shapes the partner USAID’s (and others’) global work. First-hand quantitative and qualitative questions on the surveys allow for unique and accurate depiction of an entire country’s population. Although the project itself tends to be somewhat underappreciated in social media, it has since its start been the sturdy backbone of humanitarian workers across the nation.