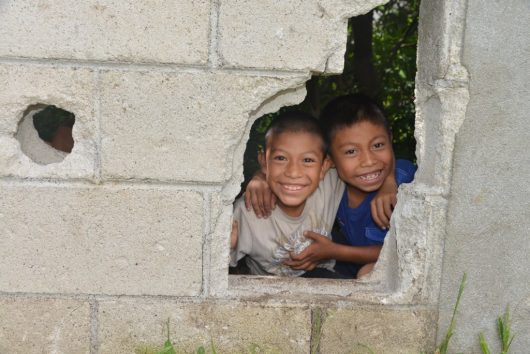 The Maya Relief Foundation, a California-based charity, is providing thousands of Guatemalans with stoves and water filters, efficient and sustainable solutions to contamination, to over 100 communities in the region. While 95 percent of Guatemala’s water sources are contaminated, nearly 40 percent of their daily wood supply is used to boil water for drinking.

Nearly half of the world’s population uses fire to cook. The smoke from cooking kills nearly 2 million people each year. It is the fifth largest cause of death worldwide, and most of the victims are women and children, according to the Global Alliance for Clean Cookstoves.

Health hazards include acute respiratory infections, insufficient weight at birth and chronic obstructive pulmonary disease. Without significant policy changes or efficient and sustainable solutions to contamination, the reliance on solid fuels will remain roughly the same by 2030, according to the World Health Organization.

Dona Irma Xo uses an open fire stovetop to cook for her four children. The smoke contaminates the whole house, causing most of their sicknesses. It is painful for them to inhale – their eyes get watery, irritated and red. The Eko-stove only requires 50-60 pounds of wood per month, in contrast to the 200 pounds they needed prior.

In the dry season, Guatemalans walk long distances to get their water supply every day. At the local well, they pull up a rope with enough buckets of water for the day, hoping there will be water left for tomorrow.

The well’s water supply comes from small springs, according to local Guatemalan Maria Quej Pop. Sometimes dust, leaves and animals are found in the water. After drinking the well water, her children experience stomach pains and diarrhea. Now she uses the filter for cooking and drinking, which provides 10 gallons of filtered water each day.

It’s a simple, low-cost design made with local materials. The clay and sawdust are locally sourced, mixed with water and left to dry for roughly two weeks prior to a kiln firing. The Maya Foundation’s studies of over 100 families show a 55 percent decrease in gastrointestinal problems, especially among children.

The ceramic filtration system is being used in over 30 countries across Asia, Africa and Latin America. Families can even cook 24 tortillas, or utilize multiple pots at once with the latest Eko-stove. These sufficient and sustainable solutions to contamination conserve time, wood and water with each system provided by The Maya Relief Foundation.