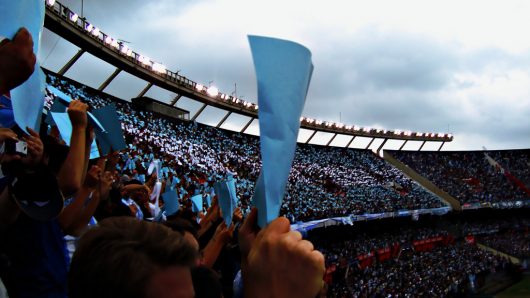 In the wake of the Brexit vote, equity funds in Europe experienced outflows of 19.2 billion euros while some $21.7 billion flowed out of actively managed U.S. equity funds. The uncertainty caused by Brexit is pushing investors to move their money into emerging markets worldwide. Argentina is one of them.

Since taking office in December, President Mauricio Macri has overhauled the protectionist and populist policies of his predecessor, kept Argentina’s peso currency competitive and encouraged more foreign investment. Nevertheless, despite Macri’s clear rules that will potentially guarantee stability and build confidence among Argentines, poverty levels in Argentina have risen.

According to a recent report published in May by the U.N.’s Children’s Emergency Fund (UNICEF), in Argentina between 25 and 32 percent of all children live in multidimensional poverty, among whom 8.4 percent of girls and boys up to the age of 17 live in extreme poverty.

In the first six months in office, Macri’s administration oversaw more than 179,000 layoffs, over 66,000 in the public sector alone. Workers have also suffered under the economic pressures of record inflation and skyrocketing prices of utilities.

Contrary to the popular pessimism, President Macri is hopeful. “The country has already received investment pledges worth $16 billion…The U.K.’s decision to leave the European Union may make countries like Argentina more attractive to investors,” Macri said at the annual Allen & Company Sun Valley Conference in Idaho in June.

The Sun Valley conference is known as a gold mine for deals in the world’s communication and technology industries. With huge outflows of funds in the U.K., Macri is hoping that the new business-friendly atmosphere will attract enough new investment to boost domestic production and create new jobs.

“The number-one priority is reducing poverty,” said Macri. “We are launching the most important infrastructure program in our history–ports, energy, trains, waterways…and agribusiness.”

Long-term aftermath effects of the Brexit vote are still unclear, but President Obama’s historic visit to Argentina this year is expected to kickstart another wave of U.S. international investment.

A study in 2010 found that U.S. companies with international investment create the domestic jobs and pay higher wages than companies focused solely on the domestic market. Indeed, multinational corporations added 289,000 domestic jobs in 2007-2009 even as the recession pillaged more than eight million jobs from Americans overall.