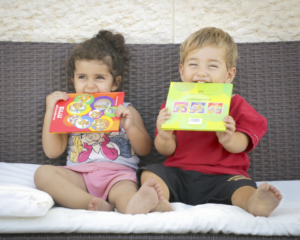 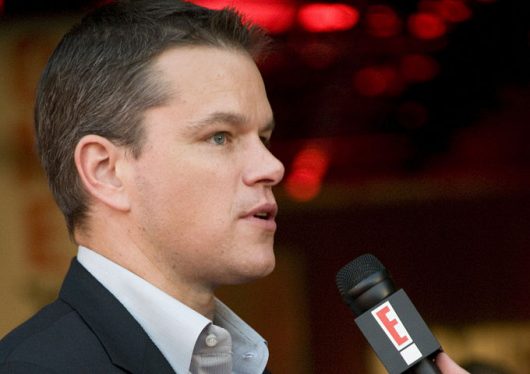 Over the course of two decades, Matt Damon has built quite the resume, with acting achievements and accolades that aspiring actors can only dream of receiving. Damon entered the Hollywood spotlight after his break through film “Good Will Hunting,” which he starred in and co-wrote with close friend Ben Affleck, eventually winning the Oscar for best writing in 1998. Following his historic debut, Damon has gone on to star in highly-praised films such as “Saving Private Ryan,” “The Departed” and the Bourne trilogy.

Damon has since devoted his time to provide underdeveloped countries in Africa, Latin America and South Asia with access to clean water through his foundation, Water.org.

Damon decided he could no longer ignore the suffering of millions of people on a daily basis, considering that lack of sanitary water is preventable. Damon addressed his discontent with the ongoing water crisis to CNN, saying, “You know, imagine if we cure cancer tomorrow and in 100 years, three-and-a-half million people a year are still dying of it. I mean it’s just unconscionable.”

Using his celebrity platform, Damon created a nonprofit that provides affordable access to safe water and proper lavatory facilities through microfinance loans. Damon and White met at the Clinton Global Initiative and discovered that both had similar organizations that focused on clean and safe water (Damon with H20 Africa Foundation, and White with Water Partners).

Damon and White agreed to merge their charities, and in 2009, Water.org was born. Water.org has since provided more than six million people with access to safe and sanitary water while implementing programs in 14 different countries across the globe, including Ethiopia, Cambodia and Brazil.

One of the main goals of Water.org is to give women and children a life where they do not have to work hours on end to obtain water. Water.org suggests that women suffer the most from the water crisis, due to the fact that women and children spend close to six hours a day collecting water. By providing access to clean water, Matt Damon’s Water.org believes women can use the extra time saved to pursue work and school.

One of the countries most impacted by the efforts of Matt Damon’s Water.org has been Ethiopia, where 43 million people don’t have access to safe water and 71 million lack access to improved sanitation. Through the contributions made by Water.org, 149,000 Ethiopians have been reached with improved water, sanitation and hygiene. As recently as 2015, Water.org launched WaterCredit programs, which the organization expects to bring 40,000 people access to safe water over five years.

Matt Damon’s Water.org has not slowed down its efforts. In the beginning of 2017, Water.org partnered with Stella Artois to further their pursuit of clean and sanitized water. If you buy a pint or bottle in various bars in the U.K and the U.S., Artois will personally fund a month of clean water for someone in the developing world.

Damon told CBS, “We’re going to try reach over the next four years 3.5 million more people with clean water solutions through Stella.” Through programs such as WaterCredits and the partnership with Stella Artois, Matt Damon and Water.org will keep fighting to provide accessible clean and sanitized water for all.