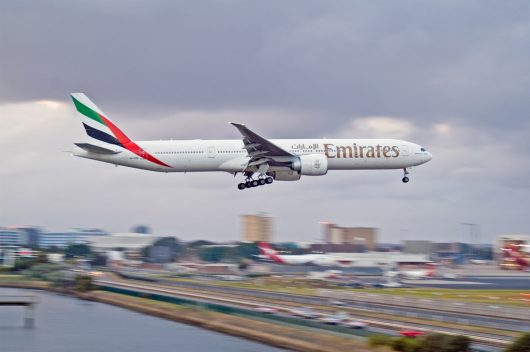 In September, the country of Morocco signed a Memorandum of Understanding with the aerospace industry giant Boeing, signifying a leap forward in pursuits to increase the industrial presence of the company in the North African region. Boeing aeronautics and astronautics, the world’s leading manufacturer of commercial jets, established a separate joint entity with Safran Power Systems in 2015 and is now manifested as MATIS Aerospace. Investment in the creation of a “Boeing ecosystem” seeks to attract aeronautical suppliers and to facilitate a spike in exports of manufacturing exports in the sector.

In 2013 the Oxford Business Group attributed a $1 billion turnover and the employment of 10,000 individuals to the Moroccan aerospace sector. The nation’s aerospace industry is now ranked 15th internationally and is the host of 120 companies in the sector.

Morocco, through the establishment of the Boeing ecosystem, aims to create over 8,000 jobs and projects annual export revenues to reach $1 billion. Hindered growth forecasts as a result of the European financial crisis have increased the vitality of growth of the job market. In 2012, The World Bank reported unemployment among citizens ranging from 15 to 29 years of age to be 30 percent, which is especially startling considering these individuals constitute 44 percent of the working-age citizenry. The IMA aeronautics institute, strategically located next to the international airport in Casablanca, also provides prospective employees with new hire and continuing education resources and is a state-run collaboration between the aforementioned government and industry.

Strategies for the development of Morocco’s industrial sector from 2014 to 2020 have also been outlined in an Industrial Acceleration Plan (PAI). The Moroccan Ministry of Industry, Commerce, Investment and Digital Economy highlights the establishment of half a million jobs, equally derived from foreign direct investment and a renovated industrial hub. A nine-point rise in the nation’s industrial share of GDP to 23 percent by 2020 has also been recognized as pivotal to reach the plan’s aim for industrial growth.