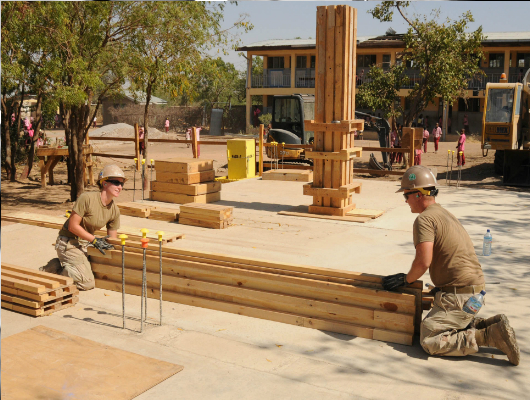 The island nation of Haiti is the poorest country in the Western Hemisphere, with one in four inhabitants of this small Caribbean nation living in extreme poverty. Plagued by political instability, as well as the devastating aftermath of the 2010 earthquake, the country of Haiti is still struggling for recovery.

In the wake of the worst earthquake in a 200-year history for Haiti, an estimated 1.5 million people were left homeless. The rehabilitation process for the affected population is crippled by the financial hardships of the country. According to a World Bank report, one in two Haitians live in poverty, living on less than $3 a day.

The deterioration of the healthcare system has especially affected the maternal and neonatal health in the country. According to UNICEF, maternal mortality in Haiti is 35 women out of every thousand; neonatal health care is equally abysmal, with 3.1 percent of newborns dying within the first month after birth.

Most of the maternal and neonatal deaths are considered largely preventable, given adequate healthcare resources. Accessibility to these resources is another important issue, with less than 36 percent of pregnant women giving birth in any healthcare facility.

The poor state of maternal health has spurred Maternal Life International — a nonprofit organization based in Montana — to direct its efforts for better maternal and neonatal health care at Haiti. Its objective is to build family health offices in the country to assist pregnant women and newborns.

As laudable as its mission is, it is faced with the difficulties of resource scarcity in Haiti. The lack of lumber in Haiti is a major obstacle in rebuilding the country.

The deforestation of Haiti has long been an issue of concern for the island nation, affecting the economic and ecological health of the country. Wood is quite significant for building structures in Haiti, as cement buildings are a danger in a region susceptible to earthquakes.

The volunteers are working first to gather lumber in Butte, where Maternal Life International is based. The lumber is currently stored in a warehouse in Butte to be shipped to Haiti later when the construction projects begin.

The Wood for Haiti is a commendable effort by the Montana lumber industry. The donation of building materials is somewhat of a novel idea in an era of usually monetary donations. It does, however, provide for the delivery of natural resources, which Haiti needs but lacks.

It is not to say that lumber is all Wood for Haiti provides. It also provides vocational training to Haitians for the construction and rebuilding projects. With a combination of resource provision and training local labor, Haiti can be brought that much closer to economic stability.

The collaborative efforts of Wood for Haiti and Maternal Life International are anticipated to be a stepping stone toward improving the standards of maternal health in Haiti and ultimately conditions across the country.