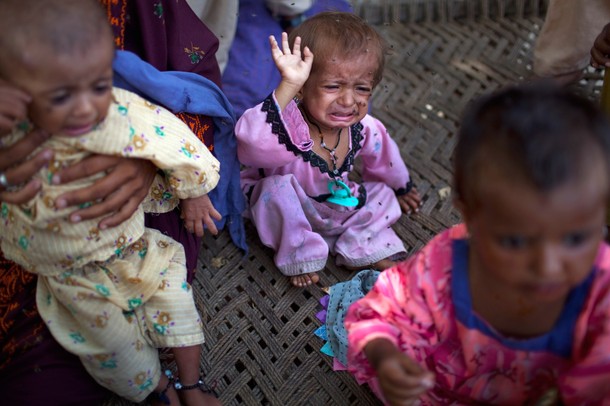 Pakistan is the sixth largest nation in the world, with a population of more than 193 million and growing. Unfortunately, Pakistan also ranks third in the world for the number stillbirths amongst Pakistani women—43 out of 1,000 pregnancies result in stillbirths.

The majority of Pakistani mothers who experience stillbirths come from low- or middle-income communities where mothers lack access to preventative care. Recently, positive solutions have been developed in Pakistan that will directly impact the health of pregnant women and increase the survival rate of newborns.

The Mother and Child Survival Program (MCSP), with help from the the Pakistani government, recently developed a Family Planning 2020 Program that hopes to bring a balance in health care to families in rural areas in Pakistan. This is a forward leap from the government’s decision to give pregnant mothers cash stipends to pay for preventative care needs such as visits to proper health care professionals, ultra sounds and basic medical examinations.

Jhpiego, an international nonprofit organization, joined resources with the Maternal, New Born and Child Health Services in a five-year initiative that provided quality care to mothers in Pakistan. In a report provided in January of 2018, the program was declared a success and moved the country in the right direction to continue lowering stillbirths in Pakistan.

The program first provided updated training to medical staffers, healthcare professionals and volunteers in hospitals and healthcare facilities, which ensured that quality delivery services were provided to expecting mothers. On the community level, midwives and female health workers also received skill development training that helped them meet the needs of local pregnant women.

The program also went as far as assisting pregnant woman with transportation to antenatal care appointments and with emergency obstetrics needs. Under this provision, trained volunteers transported expectant mothers at call. Some served as ambulatory transports. It was reported that more than 2,000 drivers volunteered, providing transportation services to pregnant mothers.

In 2017, Ammi, a program founded by natives in Toronto, set up a voicemail message service that allows mothers in Pakistan to call and get healthcare tips about their pregnancy. The tips range from advice on prenatal supplements to what vaccines to receive. For support throughout their pregnancy, expectant mothers can provide their child’s estimated due date and a service woman will make calls to them during the week with pre-recorded messages that contain healthcare advice and tips.

Where Do Things Stand?

An estimated 665 stillbirths happen to mothers, young and old, in Pakistan every day. The neonatal mortality rate for Pakistani women in rural areas is 62 deaths to 1,000, with 23 percent of pregnancies ending in stillbirth. Fortunately, assistance is growing.

Organizations like MCSP, Jhpiego and Ammi, which continue to provide preventative mother-child health care services and maternal care education to expecting mothers in Pakistan, will go on to deescalate the number of stillbirths. It is of the utmost importance to keep maternal health care in Pakistan in focus until stillbirths in Pakistan no longer become the norm. 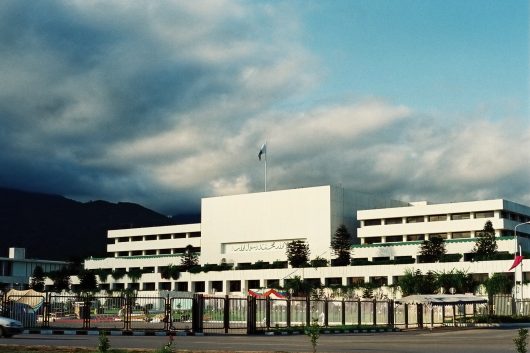 Since 2004, the well-known international humanitarian aid organization Doctors Without Borders, also known as Médecins Sans Frotières, has responded to urgent healthcare needs in the Kurram district in Pakistan. Doctors Without Borders in Pakistan focuses primarily on mother and child health and delivering medical care to rural parts of the country, urban slums and areas afflicted by conflict, including isolated tribal areas.

The tribal districts are among the poorest areas in Pakistan, still operating under an extremely harsh legal system implemented by colonizers more than a century ago.

In Kurram, a district within the Federally Administered Tribal Areas (FATA), Doctors Without Borders teams have been providing inpatient and outpatient care for children, treating parasite infections, attending to women during pregnancy and birth and offering emergency treatment services. The organization has been present in the local hospitals, Sadda and Alizai, since 2008.

In Sadda hospital, Doctors Without Borders operated the outpatient department for children under the age of five as well as the inpatient department focused on treating severely ill children up to 12 years of age. In addition, the hospital housed a newborn unit catering to premature babies and complicated births. The organization also facilitated emergency referrals to tertiary care hospitals when necessary by means of ambulance services and medical transfer staff.

The Alizai hospital, with the aid of the international doctors, was responsible for caring for children under 12 in an outpatient department and observation room. In 2016, the Sadda hospital alone admitted 1,946 patients and treated 414 patients for cutaneous leishmaniasis, a skin infection caused by a parasite. 736 children were also admitted to the newborn unit.

Doctors Without Borders in Pakistan has continued to work in this impoverished area of the country amid increased militancy, including American drone strikes targeting members of terrorist groups such as Al-Qaeda. Sectarian militant attacks primarily targeting Shiite Muslims still plague the area.

Local officials have remarked that Doctors Without Borders provided crucial care in areas that have some of the poorest health services and lowest literacy rates in the country. However, despite continued appreciation from officials and patients in these areas for the work of Doctors Without Borders in Pakistan, the Interior Ministry of the country has ordered that the aid organization leave the Kurram tribal region.

Although Doctors Without Borders was one of 25 international aid agencies that signed an agreement with the government of Pakistan formally granting it permission to operate in the country, Pakistan has been cracking down on international aid agencies in recent years. The Pakistani government has cited the medical charity’s failure to renew their certificates to operate in volatile areas, such as the Kurram tribal region, as the reason for asking the organization to withdraw from the area.

Catherine Moody, the country representative for Doctors Without Borders in Pakistan, expressed sadness over the decision to halt medical services in the Kurram district after 14 years of work. Nevertheless, the organization has stated, “We will, as much as possible, continue to provide obstetric and newborn care to the women of FATA through the MSF women’s hospital located in Peshawar.”

Additionally, Doctors Without Borders will carry on offering free outpatient, emergency and maternal healthcare in other FATA districts, as well as care in other provinces of the country while they continue trying to renew their work certification to provide services in Kurram.