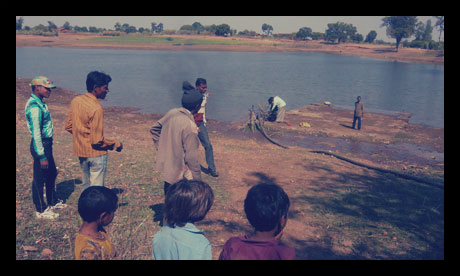 Rural support programs (RSP) are a holistic method of helping struggling communities. The RSP plan helps to create strong local institutions before it is even decided what action those institutions will take to better the community. This is important because it puts the community at the center of decision-making. This is unlike other programs that use an outsider’s perspective to decide the help that a community needs and then implement it right away. Rural support programs pride themselves on their flexibility to adapt to the needs, direction and priorities of local communities.

The model does its best to include an entire community by using a three-tier system. The first tier is made up of households. They come together to support a larger structure in the second tier that decides the development needs of the village as a whole. In the final tier, representatives take these decisions and work with government bodies to implement the needs of the villagers. This last tier works with all of the necessary parties including local governments, donors, NGOs and the private sector.

India is an example of one country that has used the RSP model to great success. According to Masad Ul-Mulk, Chief Executive of the Sarhad Rural Support Program, in fifteen years in the Indian state of Andhra Pradesh, the community “created self-reliant organizations that have empowered more than 12 million women and enabled access to $1.3bn from commercial banks in 2007-08 alone”. This led the Indian government to begin to implement some of the RSP tactics into its own services.

The rural support program is often neglected in favor of direct aid because of the difference in length of implementation. It is easier to give money to a community to build a single road than to work with a community to build institutions that will last decades to come and make countless important decisions. However, it is by mobilizing neglected communities and strengthening civil society that most work is still to be done. Only after strong local organizations are formed will the community be able to lift itself out of poverty.