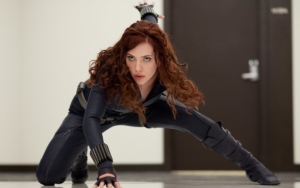 Many years since her first appearance in the cinematic universe, Natasha Romanoff or Marvel’s Black Widow, made her solo debut in the film “Black Widow.” The film debuted in theaters and on Disney+ on July 9, 2021, a groundbreaking film featuring a prominent ensemble of superwomen. However, the film is stirring the most conversation due to its powerful opening credit sequence.

The scene presents a series of video clips, images and allusions meant to represent the sexual and labor exploitation of women across the globe. More specifically, the opening credit sequence and the movie as a whole point to the fate of trafficked children.

This theme of human trafficking pivots off of Black Widow’s superhero backstory, in which the fictional underground Soviet agency known as the Red Room trafficked Natasha as a young girl. The organization abducted young girls across Eastern Europe and indoctrinated and exploited the girls to do the organization’s bidding.

The Importance of the Opening Credit Sequence

In the opening credit sequence, the audience sees the camera focus on the terrified faces of young girls lined up after traffickers kidnapped them. The opening credits also showcase ominous audio of screaming girls playing in the background of a young Natasha being separated from her younger sister Yelena and subsequent clips show older men manipulating and touching the girls.

Following the scenes, images of forced labor and indoctrination emerge, all of which are too common in the world, not just in Black Widow’s universe. The images and videos culminate in a line spoken near the end of the film by the leader of the Red Room. A man named Dreykov states that the Red Room “[uses] the only natural resource that the world has too much of, girls.”

According to the United Nations Office on Drugs and Crime (UNODC), one in three females who are trafficking victims globally are children. The production team behind “Black Widow” was keenly aware of this statistic and wanted to make their movie more impactful. “Black Widow” director, Cate Shortland, intended for themes of human trafficking to come through the film.

Shortland wanted to “intersect [Marvel] with reality,” as the trafficking that defines Natasha Romanoff is based on real events that happen to thousands of young girls every year. Shortland felt that to ignore the blatant trafficking schemes of the Red Room and the atrocities that young girls similar to Natasha faced, notably forced hysterectomies, would be out-of-touch and a disservice to the impact that the film could make on audiences globally.

Russia, the location of the Red Room, comprises human trafficking for the purpose of labor and sex. This fact is on display in the film as there are numerous references to Russian culture and constant use of the Russian language throughout. As a Tier 3 country, the United States Department of State has reported that Russia has made little to no effort to combat trafficking. For example, the Russian government only investigated six trafficking or slavery cases between 2019 and 2020.

The Importance and Impact of Recognition

The UNODC has stressed that any form of awareness that one can cultivate and spread about human trafficking and gender-based violence is essential to alleviating the burdens of victims and preventing trafficking in the future. Marvel’s “Black Widow” raises awareness through the three-minute-long opening credit sequence. Meanwhile, Shortland and the rest of the cast and crew advocate for the forgotten women and those who are victims of violence and exploitation, similar to Marvel’s Black Widow, Natasha herself. Shortland then ends the film with Natasha and Yelena releasing the remaining women and girls from the Red Room in an empowering scene where the women are finally free from their abuse.