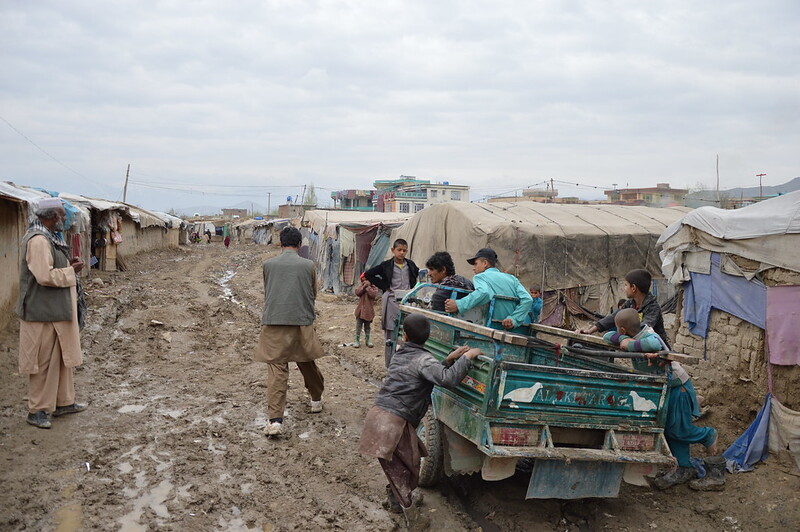 As winter approached and the humanitarian situation in Afghanistan worsened, the United Nations (U.N.) proposed cash handouts to help the millions of Afghans who were struggling in the country. The U.N. announced the proposal of the program on December 1, 2021, as it believes that cash handouts will be the best and most plausible solution to deal with the increasing poverty rate in Afghanistan.

Still reeling from the effects of the full United States withdrawal combined with the Taliban takeover of the government in August 2021, millions of people are suffering. On December 10, 2021, the United Nations humanitarian chief, Martin Griffiths, warned that Afghanistan is inching closer and closer to “economic collapse.” As such, Griffiths urges donor nations to “support basic services” along with “emergency humanitarian aid.” Griffiths said that “4 million children are out of school” and the education of another 9 million children is in jeopardy because 70% of educators in Afghanistan have not received remuneration since August 2021.

Winters in Afghanistan are especially brutal, and this season, the U.N. expects wintertime temperatures to go down to -25 C. The United Nations High Commissioner for Refugees (UNHCR) estimated in early December 2021 that as many as 3.5 million displaced Afghans require essential support to make it through the winter. On top of this, UNHCR spokesperson Babar Baloch has stated that more than half of Afghanistan’s population, equating to 23 million people, are enduring extreme hunger, which may spiral into famine without prompt intervention.

UNHCR is providing essential humanitarian assistance to 60,000 people per week, which involves providing food, thermal blankets and winter clothing as well as rebuilding shelters and supplying cash assistance. This work will continue until February 2022, according to Baloch, at which time the next round of funding will need to begin as he estimated that another $374.9 million is necessary for 2022, especially during the winter.

As a potential solution to the severe problems that Afghanistan is facing, the U.N. proposed a program that would provide $300 million annually in cash handouts to Afghan households with children, elderly people and Afghans with disabilities.

At the same time, the U.N. Development Programme (UNDP) wishes to bolster an existing “cash for work” initiative in Afghanistan with another $100 million to increase employment rates and $90 million to support small businesses with cash payments.

The “cash for work” initiative began in October 2021 in the three provinces of Mazar, Kunduz and Herat, with the intention to expand to more provinces. So far, through the initiative, UNDP has distributed $100 million worth of cash payments in exchange for work, creating employment opportunities for 2,300 people.

UNDP estimates that poverty in Afghanistan may reach a staggering 90% by the middle of 2022. In October 2021, with the Taliban in control of Afghanistan, UNDP created “a special trust fund” with an initial $58 million pledge of financial support from Germany to supply urgent cash directly to Afghan citizens. By early December 2021, the fund reached $170 million in pledges from countries around the world.

The Effectiveness of Cash Handouts

The possibility of handing out cash directly to people who need it most seems easy enough, but will Afghans use the money effectively? The World Food Programme (WFP) strongly supports cash transfers as a form of humanitarian aid. In 2020, WFP handed out $2.1 billion worth of cash transfers across 67 nations.

According to WFP, research shows that disadvantaged households that are empowered to make their own decisions through cash transfers “make choices that improve their food security and wellbeing.” For example, in 2018, 91% of households in Lebanon put cash assistance toward food, rental fees and medical costs. Cash handouts also boost local markets as people purchase resources locally, consequently bolstering economies.

Though the situation looks dire, there is hope as global organizations step in to assist vulnerable Afghans. However, urgent assistance is still necessary to prevent the collapse of the nation. With more support from the international community, organizations can bolster efforts to safeguard the lives of the people of Afghanistan.