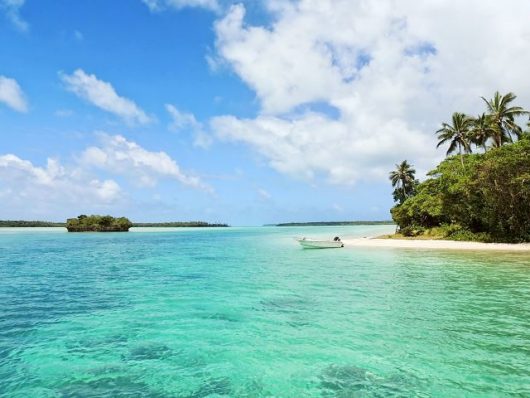 The Republic of Mauritius is an Indian Ocean archipelago that is located just off the south coast of Africa and is usually seen as a model of stability and economic prosperity in the region. Since becoming independent, Mauritius has developed from a low-income country with an economy based around agriculture to a middle-income country with an economy that is much more diversified. Many general improvements have come with this economic development, such as a drop in the infant mortality rate. Other improvements include universal access to health care, the elimination of polio and malaria and nearly the entire population having access to clean drinking water.

Despite this, there is still poverty and a significant need to figure out how to help people in Mauritius. Along with poverty still being present on the island, there are still issues of violence against women, children losing parental care due to poverty and the social exclusion that affects children with disabilities. With the island seeming more like a tropical paradise at times, it is important to keep in mind that there is still a great deal of disadvantaged and poor people in Mauritius, particularly in rural areas.

Another factor in Mauritius’ poverty situation is that there is no official poverty line in the country. They use a relative poverty line that is defined as “half median monthly household income per adult equivalent.” The poorest households usually satisfy three basic conditions: households that have difficulty obtaining daily basic food, households that consume government rice and households that buy food on credit.

Now we must consider the best ways of how to help people in Mauritius, allowing us to address these issues and achieve a better standard of living for the poor. The first solution undertaken by the government was implementing a social welfare program that aims to bridge the gap between the poor and the non-poor. The program focused on the distribution of social aid to needy people, subsidies on basic food items, improving the level of education, microfinancing small and medium enterprise and female empowerment in the labor market.

Social policies such as this are essential for combating poverty and for pinpointing how to help people in Mauritius effectively. Anthony Giddens, a British sociologist who is renowned for his theory of structuration and his holistic view of modern societies, said: “Although being poor does not necessarily mean being permanently mired in poverty, effective social policies which maximize the power of human agency will be a key part of any solution.”

In 2017, Mauritius instituted the Marshall Plan Against Poverty, an ambitious reform aimed at addressing persistent pockets of poverty and social exclusion in the country. Though the plan refers to the official number of poor households as 33,600, the government is focusing on the absolute poorest, equaling about 10,000 households. So far, the plan has committed approximately 2.2 billion rupees, or $63 million, over the next three years as they continue to implement the Marshall Plan.

There are several other solutions that can help us find how to help people in Mauritius, such as introducing legislation for a national minimum wage for workers and taking an initiative in creating more jobs in the manufacturing sector and other industries. The minimum wage of a worker should be equal to or more than the revised figures published by the Household Budget Survey of Statistics Mauritius, as it is necessary to reduce income inequality and to help the poor find a decent life using their own efforts. Similarly, as other countries around the world have shown, there is a working-class population that will largely never earn a degree, prompting the need for an increase in jobs for the working class.