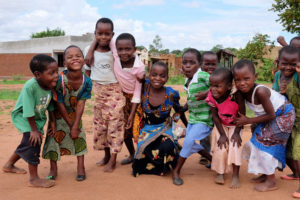 Child marriage rates in Sub-Saharan Africa are the highest in the world, with an average of 35% of girls married before the age of 18. In the sub-Saharan nation of Malawi, the rate of child marriage in 2015 was the ninth highest worldwide. The widespread issue of child marriage in Malawi has impacted many young girls and their futures. One of the major contributors is widespread poverty. Over half of the Malawi population lives below the poverty line, causing girls to be married off in hopes of economic advancement. However, these marriages perpetuate the cycle of poverty in the nation as girls are unable to continue their education: 55% of girls in Malawi do not return to school after eighth grade. However, recent successes are working to end child marriage in Malawi.

The Malawi government has been making strides against child marriages within the nation. In 2015, the Marriage, Divorce and Family Relations Act raised the minimum marriage age from 15 to 18. Nevertheless, a loophole limited this law from fully eradicating child marriage by allowing children between the ages of 15 and 18 to get married as long as their parents gave consent.

In recent years, organizations around the world have shown increasing interest in eliminating child marriage in Malawi. For example, Plan International, an organization dedicated to advancing equality for children with a focus on girls, joined the movement by supporting Malawian youth groups that spoke up against child marriage.

The United Nations has also spoken out against this issue. U.N. Women Malawi engaged through lobbying efforts, holding consultations with different Malawian agencies about banning child marriage. The organization is continuing to support the ban by aiding in the law’s implementation.

Local leadership and government have also proven a fighting force against child marriage. Many chiefs within the nation have created specific rules regarding child marriages for their communities. For example, Chief Kapolona of Machinga, Malawi has seen success as the number of child marriages in his community decreased from 10-15 a year to just two cases in 2017.

On the national level, the Malawian government has made commitments to ensure a complete ban on child marriages. For instance, the government has pledged to a United Nations Sustainable goal to “achieve gender equality and empower all women and girls.” Through this goal, the nation plans to eradicate all child marriage in Malawi by 2030. Malawi’s government also created the National Plan of Action to Combat Gender-Based Violence in Malawi. This document includes many smaller goals, all of which are designed to end child marriages.

Although Malawi has a robust history of child marriage, the nation has made drastic progress in eradicating the issue. Hope now exists for young girls across the country to escape poverty, finish their education and gain financial independence.