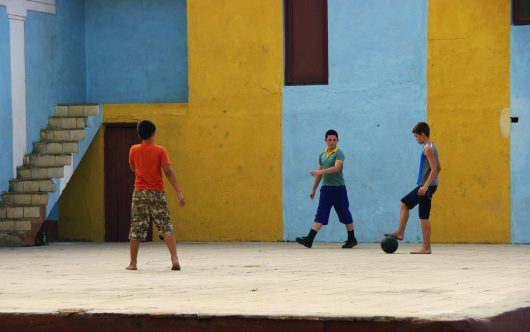 Child marriage is a dire problem that exists across countries, cultures, religions and ethnicities. Although there is great public opposition, at least 117 countries in the world allow it to happen, according to the Pew Research Center.

The Marriage Act of 1923, which states that the youngest legal age of marriage is 12 for girls and 14 for boys if there is parental consent, gives legality to child marriage in Trinidad and Tobago. The irony is that the Children Act, which was declared in 2015 and raised the age of sexual consent from 16 to 18, did not repeal the Marriage Act.

The country’s Muslim and Hindu communities, including some religious leaders, seem intent on holding onto child marriage laws. Back in May 2016, the leader of the Inter-Religious Organization (IRO), which represents the country’s diverse religious groups, declared that the government should not amend the Marriage Act because “age does not determine maturity.” The IRO also stated that it would vigorously fight government interference in the Muslim and Hindu Marriage Acts.

This declaration shed a necessary spotlight on the issue and raised the significant public pressure to repeal the law. The government stated that “the time has come for the age of marriage to be the same [as the age of sexual consent] to protect a child’s right to enjoy life.”

This is exactly what was done when the country’s attorney general, Faris Al-Rawi, presented the Miscellaneous Provisions Marriage Bill to the country’s senate. The bill ensures that the age of marriage is in line with the age of sexual consent and will hopefully pave the way to ending child marriage in Trinidad and Tobago.

The recent resurgence of the debate on child marriage by the United Nations System in Trinidad and Tobago (UNTT) and the support for all efforts to end this practice are the perfect platform to meet the intended goal.

The U.N. office recognizes that the marriage of a person under the age of 18 violates human rights and threatens the health and prospects of young persons, particularly girls. On a global scale, child marriage slows down the fight for gender equality.

With public opposition rising, the fight against child marriage is gaining strength. Hopefully, the world will see its end soon — at least in Trinidad and Tobago.