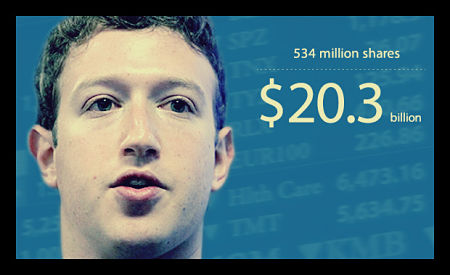 Mark Zuckerberg, founder of Facebook and inspiration for Jesse Eisenberg’s role  in The Social Network, has committed $1 billion  to the Silicon Valley Community Foundation (SVC). Audiences who remember the movie might be surprised by this contribution, considering the depiction of Zuckerberg in the film was essentially that of a ruthless and self-serving young man. The technology industry in general is often considered greed-oriented and profit-driven, rather than beneficial to humanity.  Chief Executive of the SVC fund, Emmet Carson, says the money will go to health and education.

The SVC Foundation helps identify organizations that are most effective with their aid, both in the US and internationally. Their mission, listed on their official website states, “We provide visionary community leadership by identifying emerging challenges in our region. We address those challenges through our grantmaking programs, our research and our ability to bring together diverse groups of problem-solvers. We build and energize a community of philanthropists who strengthen the common good.”

The organizations that the SVC funds have been studied in order to confirm that their work is making a tangible difference with the money they are given.

Featured on the SVC homepage is a spotlight section that is currently linking viewers to the top charities helping Typhoon Haiyan victims. The Silicon Valley Community Foundation partners with and researches these organizations to track what their relief funds actually do so that donors know their money is really making an impact. Much of what the foundation does revolves around investment management, and matching potential donors with charities that are involved with specific lines of aid ,disaster relief and medical research.

Zuckerberg’s donation to the foundation will be his second large donation in the past six months.

In December 2013, Zuckerberg donated almost $1 billion in Facebook stock to charity, and his 2014 donation makes him responsible for the largest cash or stock donation of anyone under 30 years of age. Wealth and technology have been criticized for their power to corrupt, but donations like these to organizations that do legitimate good for others definitely speak for themselves.